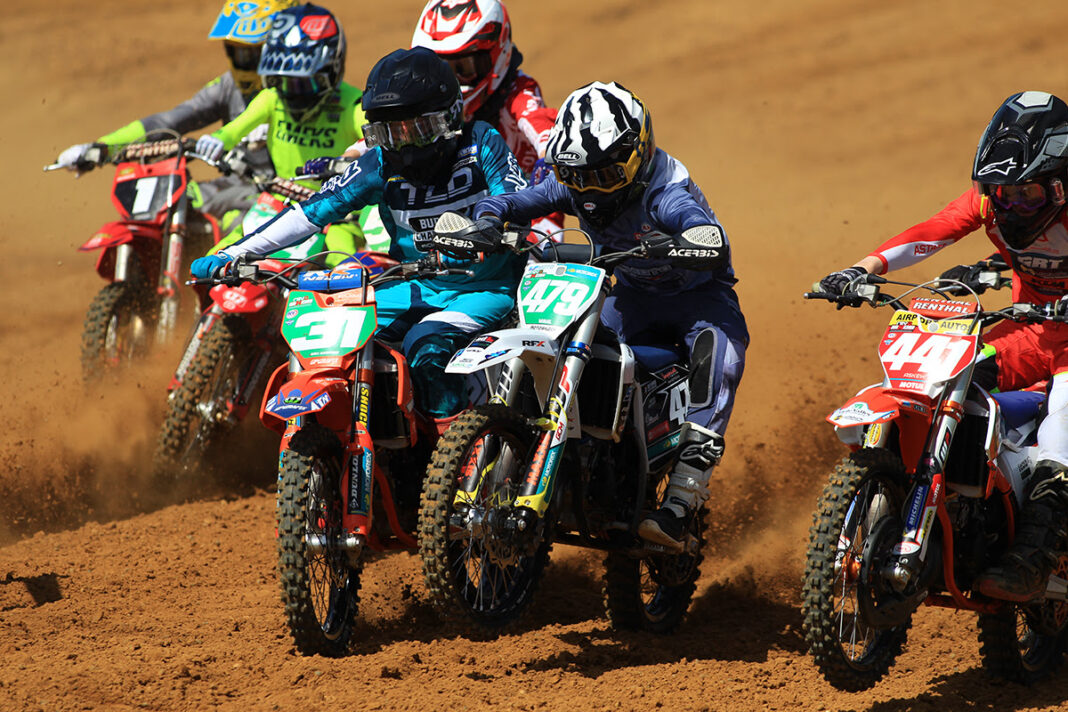 This weekend the SJP Moto team headed to Canada Heights in Kent for the fourth round of the Revo ACU British Motocross Championship fuelled by Gulf Race Fuels as the hot weather made for an intense day of racing.

Following the recent injury to Reece Jones and with Jayden Haigh still recovering, the team headed to Kent with just Charlie Heyman and Josh Vail competing in the 125cc and Big Wheel 85cc respectively. In the morning qualifying session, both riders were in great form and claimed pole position in their classes as they headed into the races.

In the opening 125cc class race Charlie got tangled with another rider on the start straight and had to recover from dead last. As the race progressed Charlie was quickly moving forward and soon into fourth place before he collided with another rider and while trying to remount was taken down twice more. When he was able to restart, Charlie rode his damaged bike to eleventh at the finish.

After the tough opening race, Charlie got a clean start and was in third early on before making his way to the front of the pack and taking victory by thirteenth seconds to claim third overall on the day and extend his Championship lead.

In the Big Wheel 85cc class Josh made a good start and was inside the top five on the opening lap and quickly moved into second place. Once in second Josh pushed to try and close the gap on the leader and got to within five seconds at the finish for second.

The second moto saw Josh make another good start and get into second place on the opening lap before having a race long battle with Billy Askew and claimed another second place finish for second overall on the today.

Team Manager Leighton Hague said, “Josh came into this weekend with a lot more belief that he can now run at the front and push for the race wins which showed by taking pole in qualifying.”

“In both races he was a lot closer to the front taking two second places for second overall, so it was a good weekend and a big step forward. Charlie had some bad luck in the first race, going down on the start and then getting taken down at the end of the race.”

“After the first race he was battered and bruised and had to dig deep for the second to take the race win which was a tough job. Although it was not the best weekend he still got onto the podium and extending his points lead in the championship so overall it was a positive weekend and a championship winning performance to dig deep.”