Home Motocross British Motocross Championship MXGB Canada Heights: ‘A podium was all I could do and ask... 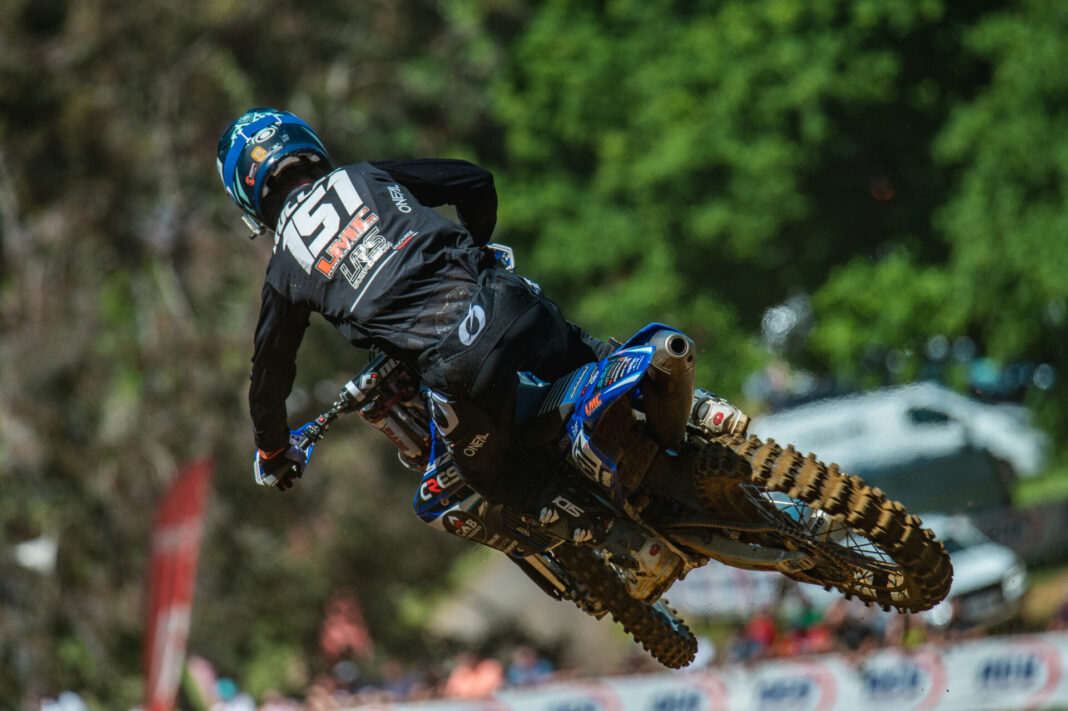 Harri qualified 5th fastest and then shot out of the start on his Yamaha YZ450F in race one, leading the way, only for the
race to be stopped on lap two. A carbon copy restart saw Harri lead the way early on, before Tommy Searle moved past
and edged the win by two seconds.

In race two, Harri didn’t quite get such a good jump and was in fourth place, then moved past Shaun Simpson mid-race
and finished an eventual third, for third overall.

“Obviously being sick last 2 weeks didn’t help the preparation for this race. I had holeshot in the first race but Tommy
had bit more intensity at this track and he passed me and I finished second behind him.”

“Second race had poor start as I was 4th and couldn’t get going first 10 minutes, track was also quite dusty so it was hard to push the limit. After half race I felt like I had good flow going and catching Shaun and Josh but only manage to pass Shaun when he made a mistake.”

“I’m quite happy for today. To be able to ride and got the podium was all I could do and ask for”