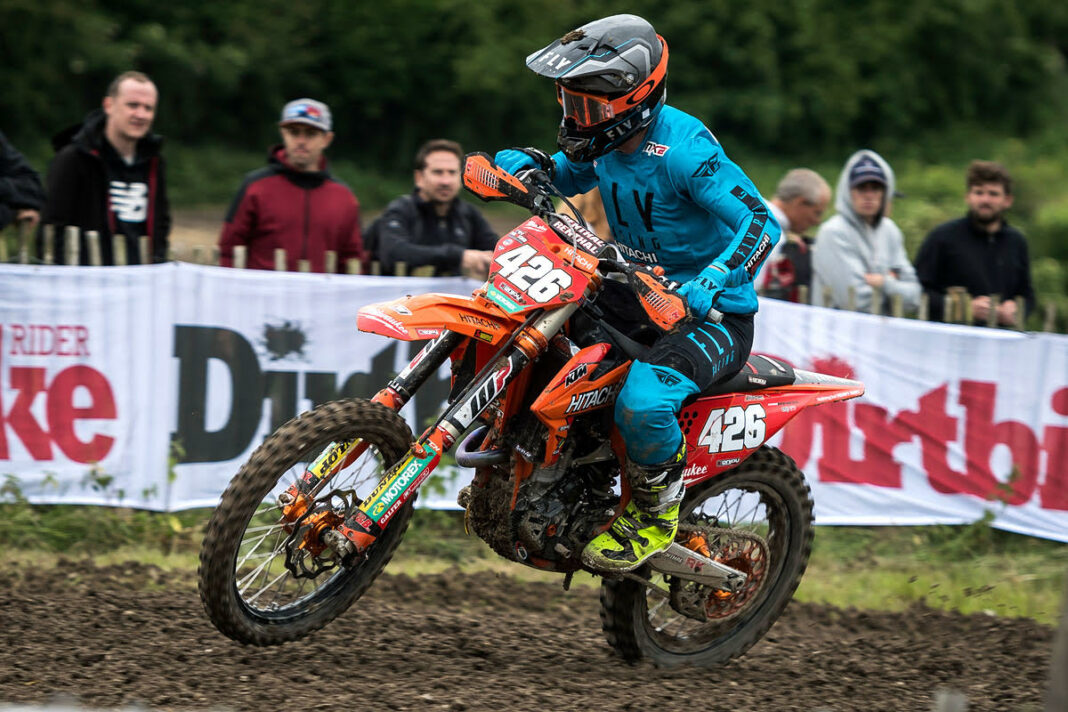 Hitachi KTM MX2 rider Conrad Mewse shot to victory with a double win at round of Revo MXGB Championship today at Blaxhall.

Heading out for qualifying at the sandy east Suffolk circuit the Brit put his KTM machine on pole, followed by Par Homes Husqvarna team-mates Florian Miot and Callum Mitchell, and the Crendon FastTrack Honda Jay Hague back at the sharp end of the pack.

The first moto of the day saw the Frenchman Florian Miot grab a flyer of a holeshot ahead of Verde KTM Brad Anderson, as Apico Husqvarna Jamie Law also grabbed a great start for the first MX2 race of the day, as Conrad made the pass to move up into first place ahead of Florian Miot and continued to check out to win.

British Championship Newbie Jamie Wainwright also had some great results during the first moto, with a seventh place finish in the mix with the seasoned MX2 riders. The race was unfortunately red flagged due to an incident with two riders towards the middle of the moto and was not restarted, so the results were called as they stood.

The second MX2 moto of the day saw a huge shake up in the results as Florian Miot and Gabriel KTM John Adamson both were disqualified, Miot for having outside assistance on the start gate, and Adamson for supposedly cutting the track which was then appealed, putting the KTM rider back into second overall on the podium for the day.

Conrad however lead the second moto from start to finish, finishing a huge 70 plus seconds ahead of John Adamson, who was then followed by Par Homes Husqvarna Callum Mitchell, and another great result for Jamie wainwright in fourth and ASA Scaffolding GasGas Steven Clarke rounding up the top five.