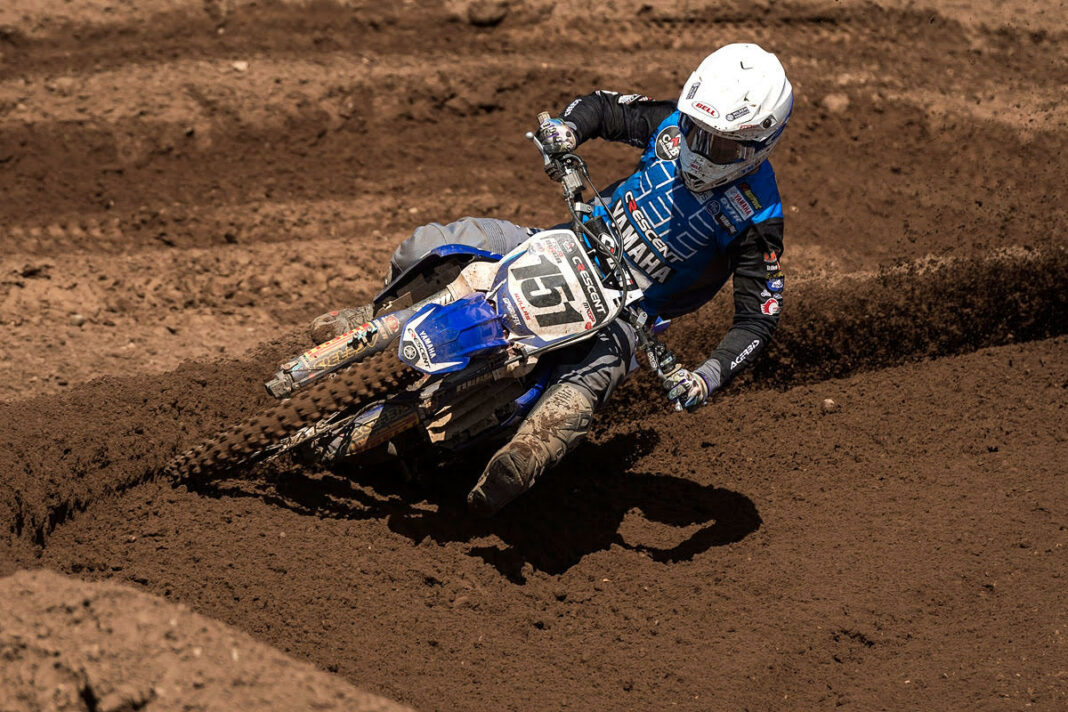 The Estonian rider grabbed a great start to the opening MX1 race of the day, riding smoothly and consistently from start to finish. The start however saw Par Homes Husqvarna Evgeny Bobryshev and SS24 Shaun Simpson both go down and almost leave them dead last, which meant they both had their work cut out to make it back through the pack.

Meanwhile Par Homes Husqvarna Josh Gilbert made a huge mid moto pass on Revo Seven Kawasaki Dylan Walsh, which moved Gilbert further up the pack which left the MX1 rider to finish in second position. Bobryshev and Simpson both cut back through the field where they ended up with a fifth and a ninth place finish.

Kullas collected his first win of the day followed by Gilbert, and Crendon FastTrack Hondas Tommy Searle rounding out the top three.

Moto two is where we saw Simpson get a much better start and jump out of the gate, just behind Kullas as the pair started to charge on the opening few laps of the second race of the day. Hitachi KTM Adam Sterry and Tommy Searle were also scrapping it out between themselves for the remainder of the race, as Bobryshev also started to work his way through the stacked MX1 field.

Kullas continued to lead the race, almost following on from the first moto but made a small mistake dropping his bike, which allowed Simpson and Bobryshev to shoot through to claim first and second, with Harri ending up with a 1 – 3 scorecard to grab a top step on the podium.