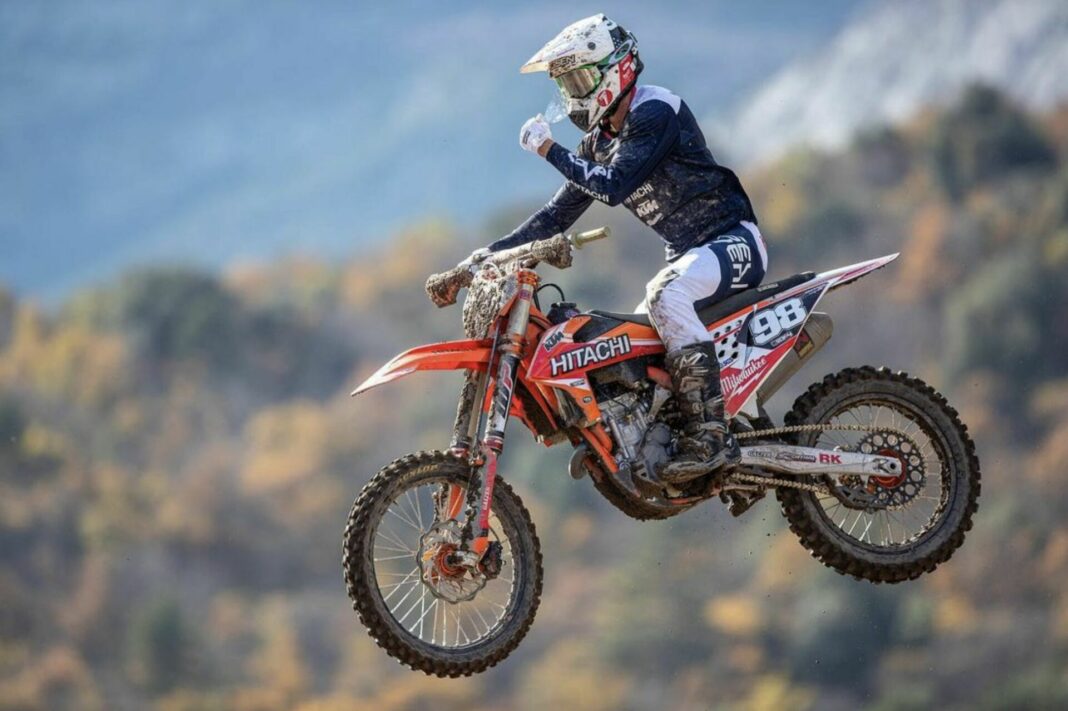 Hitachi KTM’s Bas Vaessen is still undergoing treatment following a huge crash at the first round of the Revo MXGB Championship, which has left him with broken vertebrae and some spinal damage.

Going down hard in the first MX2 race at Culham, Vaessen was immediately treated trackside and transported to the neurology department at Oxford where he is now continuing his treatment for his injuries but he is making progress.

Bas’s partner Bente has issued an update on his condition:

“Bas has been removed from the high intensive care to a normal ward on the Neurology department in Oxford. This means his vital body functions are well under control,” said Bente.

“The crash in Culham resulted in four broken vertebrae in his back as well as spinal damage in C3 as well as C4, the latter causing serious disability problems.

“Since past weekend he gets therapy on a daily basis and he surprises the doctors with remarkable improvements. He can move his feet and hands a bit, left side is better than right side and he has feeling throughout his body. Which is sure enough a good sign. Rehab will take a very long time, however.

“This means we started up the procedure to repatriate him to a spinal rehab center, this will take some time due to COVID, Brexit, MRSA and such. The facilities in Oxford are excellent, for which we are grateful, but closer to home would be nice.

“We are also grateful for the support we receive from the team, sponsors, the MX-society, friends & fans. Your thoughts and messages are greatly appreciated.

“He cannot use his hands actively, so he cannot reply to the many kind messages he receives.”