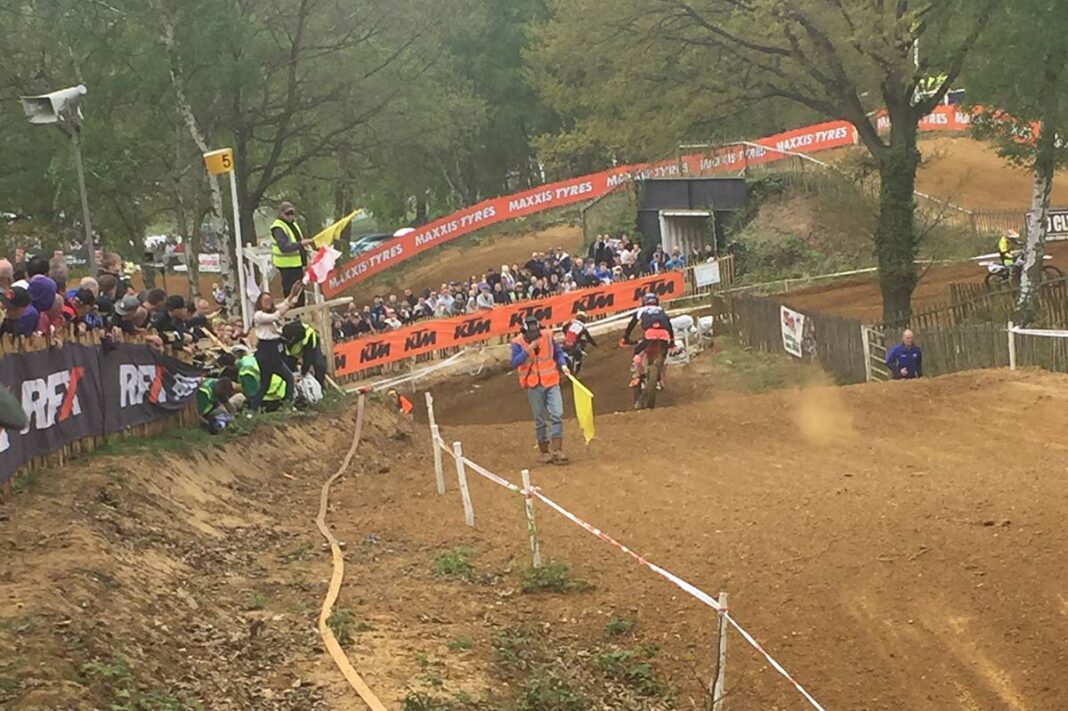 The opening MX1 moto at Canada Heights has been Red Flagged after what looks like a bad crash for Kristian Whatley.

The Apico Husqvarna Racing rider crashed off the circuit into the chestnut fencing and his Round 3 British Motocross Championship is sadly over.

He had a good start to the event, taking fourth spot in Qualifying and was running around fifth at the time of his crash.

There is no word as yet on his injuries, but he has unfortunately been taken from trackside in an ambulance.

The moto will not be re-run so the MX1 race results will stand, with Elliott Banks-Browne – who took pole earlier – first, Gert Krestinov second and Steven Lenoir third.

There’s a delay to the racing now as they send a dozer in to take out the ruts at the point where Whatley went down.