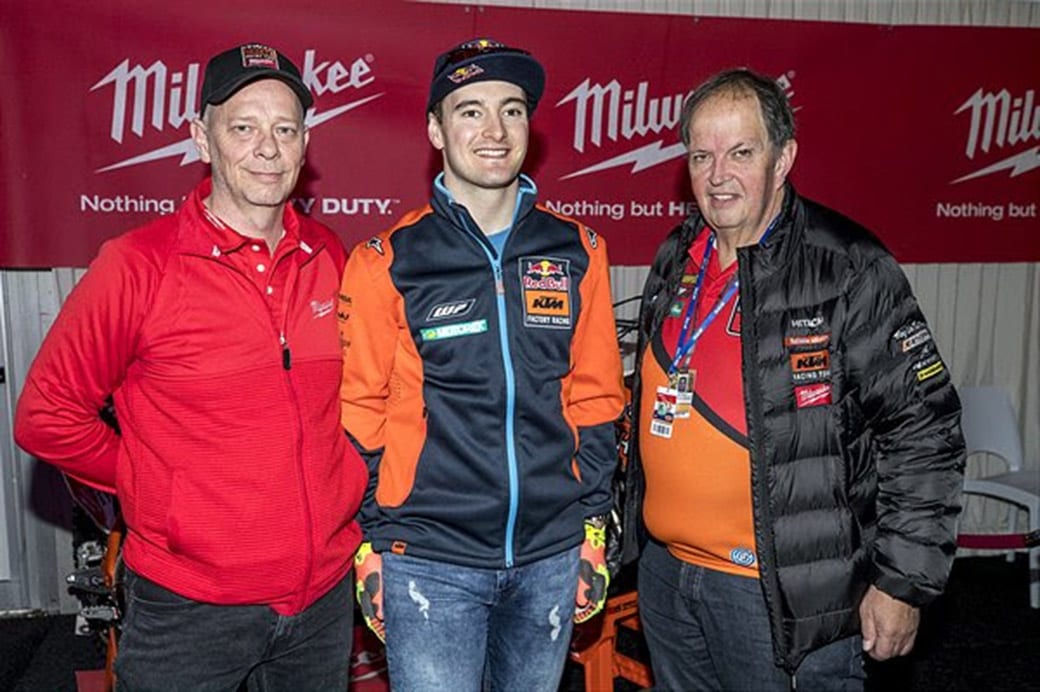 The fifth round of the 2019 Maxxis ACU British Motocross Championship at Desertmartin, Northern Ireland, has received a timely boost as it has been confirmed that four times World Motocross Champion and Red Bull KTM Factory Rider Jeffrey Herlings will attend the event on the June 30 as a guest of Milwaukee Powertools.

It will be the first time that Herlings has visited Northen Ireland, and he is sure to be impressed with the World Class facility at Desertmartin – and the enthusiastic support of the local crowd. The track last hosted a MXGP round back in 2006 when New Zealand rider Josh Coppins secured a memorable victory over 10 times World Champion Stefan Everts, and is always a highlight of the British calendar.

Herlings has entered a new personal sponsorship deal with Milwaukee Powertools, the leading professional powertools brand in the world and sponsor of the Hitachi KTM fuelled by Milwaukee sqaud. The appearance of Herlings at Desertmartin has been made possible by the efforts of Dale McElveen and Robert Vos, General Managers of Milwaukee UK/Ireland and Milwaukee Benelux respectively.

Dale McElveen said: “We at Milwaukee UK and Ireland are delighted that as part of our partnership with KTM and Jeffrey Herlings we are able to have Jeffrey attend the Maxxis round at Desertmartin.

“It will be a great opportunity for the die-hard Irish fans and racers who spectate and ride here at a local level to see their hero at what has to be one the best motocross tracks in Europe.

“It is fantastic to see our partnership with Jeffrey and KTM flourish and to have him there will be very special in our eyes. I have to offer a special thanks to Robert Vos of Milwaukee Benelux, Roger Magee of Hitachi KTM fuelled by Milwaukee and Billy McKeown of the organising Cookstown Club for helping in making this visit possible.”

Robert Vos said: “Jeffrey has never been to or raced in Ireland previously and he is thrilled to see and support the Maxxis Championship at Desertmartin alongside our Motocross Team – Hitachi KTM fuelled by Milwaukee.”