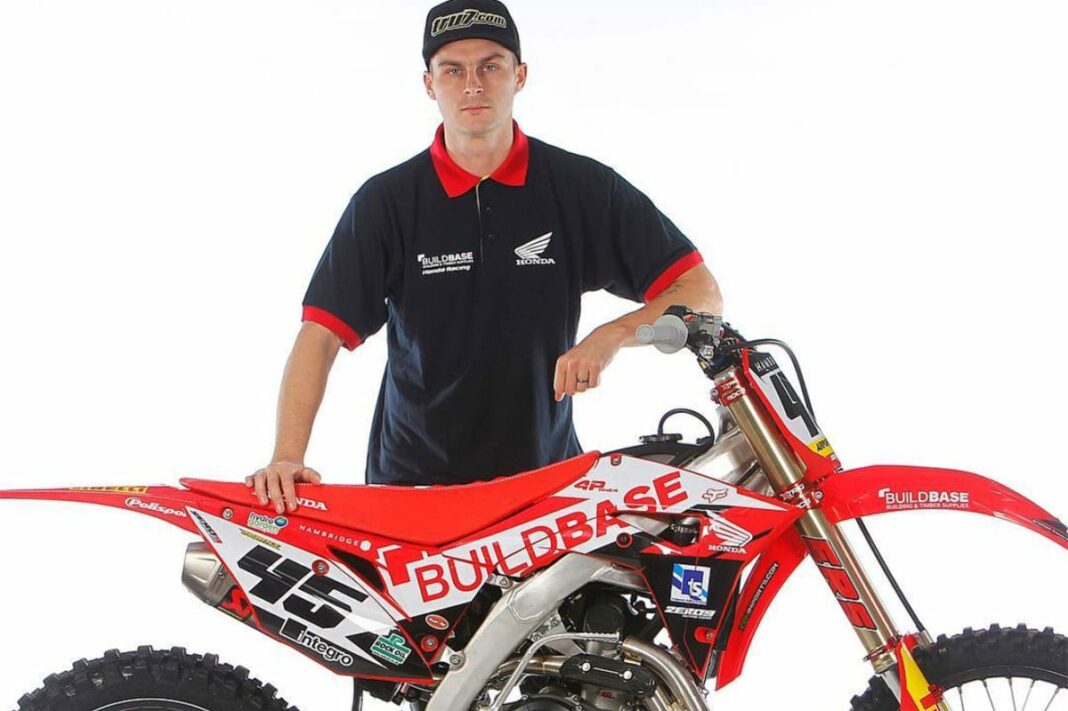 Buildbase Honda has announced the signing of Jake Nicholls and Josiah Natzke today at the International Dirt Bike Show.

It’s some long overdue good news for Nicholls and I think he looks good in red! Anyway, I’m sure he’s happier than he looks in the picture.

But considering what he’s been through in recent years it would be understandable if he’s feeling a little nervous. After all, Nicholls has to be the unluckiest British pro rider in recent memory. From that freaky finger injury to back issues and most recently, a dislocated hip, Jake’s had a seriously bad run of luck.

It will be great to see Jake back on the gate in the UK next year. And without wishing to put pressure on him, he’ll be one of the favourites for the British MX1 championship after retiring from MXGP racing this year. To help drive him on, he’ll have great support from behind the fence as he’s sure to be a fan favourite too.