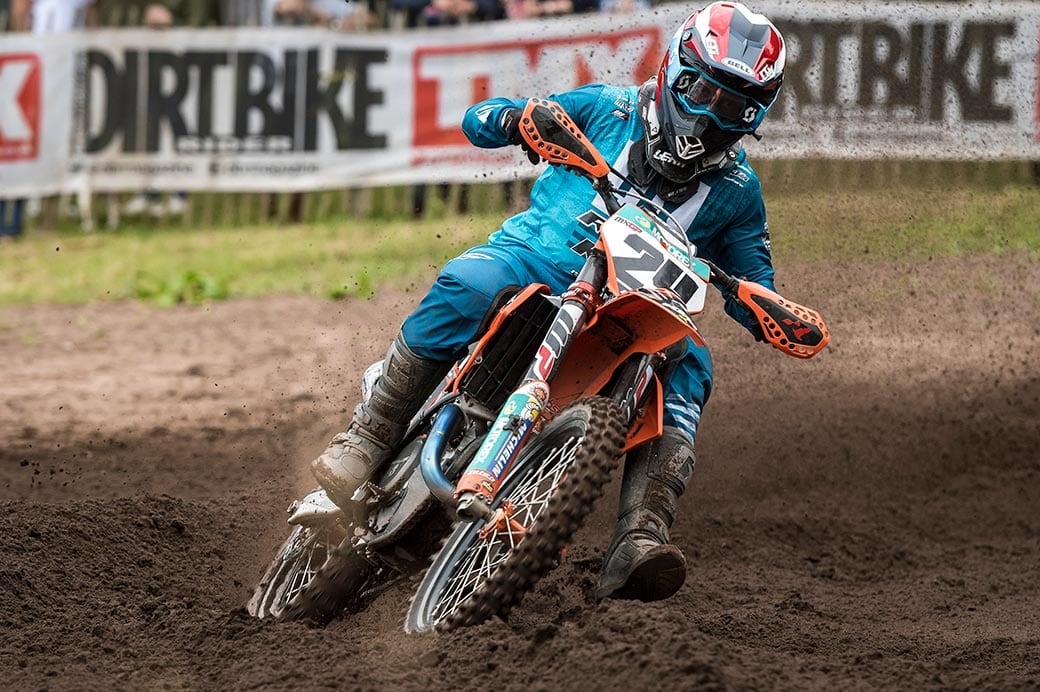 So let’s start at the very beginning – what do people want from their national motocross championship? Good tracks, better riders, a clear and well-defined set of rules, adequate medical coverage, full line-ups, bigger crowds, more prize money, a lower price of admission, no dust but definitely no mud either, greener grass and rosier-tinted spectacles perhaps?

When you think about it the Maxxis already ticks a lot of boxes but it’s fair to say that numbers of both riders and spectators have been a little disappointing at times this year.

That doesn’t necessarily detract from the quality of the event itself but the perception it gives off admittedly isn’t so positive.

That’s partially due to the fact that there are fewer GP teams in the UK right now that there have been and those that are interested in the national series don’t currently have world beaters in their line-up.

There was a time not so long ago where factory teams like CAS Honda and Molson Kawasaki were full-time members of the Maxxis and GP paddock and as such brought top riders with them but let’s be fair and remember that was never down to the series organisers.

The championship itself has remained consistent in offering a fair and level playing field at top venues around the UK. In reality there’s little difference now between the service the series provided when Josh Coppins was British champion – and #2 in the world – to the here and now where our current MX1 and MX2 series leaders are ranked 18th and 20th!

What do we need to turn that around? Well, we could do what we did back then and find wealthy British businessmen with an affliction for motocross who are hell-bent on spending every penny they earn – and then a few more – to chase titles. When we find them we can then rely on them to bring better riders to our championship and make it much better as a result.

So I suppose where we’ve got to is that the series is certainly no worse than it was – it doesn’t take a genius to see the presentation is now way better – but the state of the sport as a whole actually is in a very different place to what it was.

And with that in mind maybe the way in which we promote the sport, run events and reinvest the finances needs to be different too. Some say fewer rounds are the answer, some say Saturday and Wednesday-night meetings are key to getting in the crowds and others are convinced that the £12,000 per round prize fund should be invested differently.

The thing is that it’s not a simple as following MXGP’s lead of not paying out prize money and then going all out on a four-round series with £96k burning a hole in your pocket. Each promoter/club generates that money from the event they run and then instantly pay it back out to the riders.

However, the exodus of midpack Maxxis talent to the AMCA series makes me wonder if the prize money is actually all that necessary. The lure of being a bigger and better-supported fish in a small pond is one of the things that takes them there but maybe if the series could increase its fan base and promote its athletes to a much wider audience then they could be attracted back. Who knows?

So there you have it – there are more questions than answers! One thing I am clear about is that the actual series hasn’t changed for the worse – just the way people feel about it has…