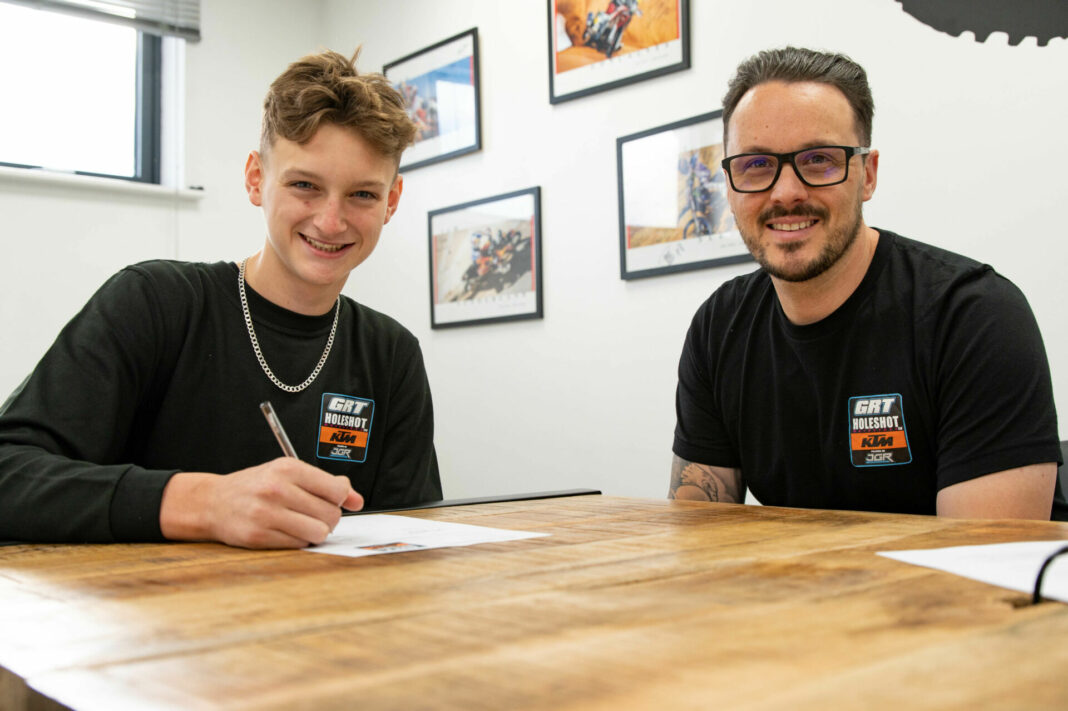 GRT Holeshot KTM has been a strong team in the paddock during the 2021 race season, producing multiple British youth champions from 65cc upwards.

The team have recently announced the lineup for the up and coming season, with a mix of 65cc riders up to Pro MX2 and have once again teamed up with title sponsor Holeshot Motocross, who will continue their support into 2022.

Riders Ollie Colmer and Teddy Merriman have been with the team since it’s conception in 2020 and will continue into the 2022 season with the team. Ollie will compete in the MXY1 class on his KTM SX 125 and Teddy will again take on the 65cc class in 2022 on his KTM SX65. Joining Teddy on the KTM SX65 machine is Eight year old Elliot Shawyer, who competed on a 50CC at local events last season, but it now moving up to step into national level competition.

“We are really happy to be heading into our third season as a team, every year we get bigger and better,’ said Team Manager Dan Giffard. “We are really excited for the 2022 season, having the lads return from 2021 is great for the team and we are chuffed with our new riders and feel we have some strong contenders for championships across all the classes.”

Youth rider Finley Evans is back with GRT for 2022, and moves from the 85cc BW youth class to the MXY2 class aboard a KTM SXF250, with new recruit Billy Askew joining the team this year on a KTM SX85 BW machine. Billy had a very successful 2021 season in the class and will be a rider to watch in 2022.

Joining the Pro MX2 class, Jamie Carpenter will be the team’s flagship rider in the MX2 class aboard his JGR Performance tuned KTM SXF250. “I’m really looking forward to the new season with GRT Holeshot KTM,’ said Carpenter. “With a solid team behind me, I see myself as a serious contender in 2022.”