After a disastrous day at Hawkstone Park in August Evgeny Bobryshev’s British championship hopes took a big hit. When the penultimate round of the Maxxis was cancelled a few weekends later it looked as though the championship was over for the Russian – the 39-point differential between Bobby and series leader Jake Nicholls would’ve been difficult to overcome in the two remaining motos.

In a turn of fortunes, Nicholls suffered a season-ending injury in the break between British championship races. He would miss the final race of the championship at Cadders Hill, Lyng, opening the door for Bobryshev.

Tumultuous weather earlier in the year meant that the previously scheduled first round of the championship at Lyng was moved to the end-of-season reserve date, which meant Cadders Hill would be the season finale.

With Nicholls out the Lombard Express/Par Homes Suzuki rider knew that he needed two third-place finishes at Lyng to earn the 40 points he desired to wrap up his second British title. But that would be easier said than done, with wild card riders Petar Petrov and Steven Clarke mixing things up and the aforementioned storm Callum making conditions difficult, to say the least.

The pressure was on for Bobby and his Lombard Express team, but the group were prepared to dig deep and do what they need to do to get the job done.

As the qualification session got underway storm Callum held off for the time being. Conditions around the circuit were ideal at this point, allowing the riders to lay down their hot laps. Bobby was able to post the second fastest time behind Tommy Searle, giving him a nice gate pick for the races.

Bobryshev has firmly put his starting woes of earlier in the season behind him. The Russian now has his concrete starting technique dialled, he displayed this in moto one on Sunday as he shot out of gates and followed Tommy Searle around the first corner in second place. 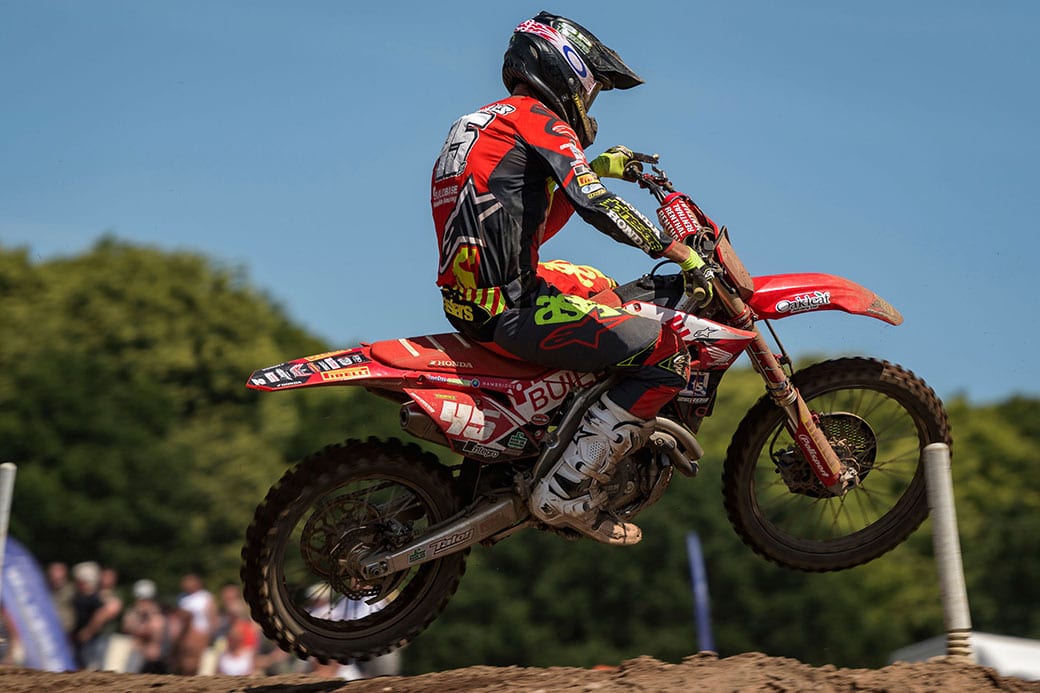 Mercifully storm Callum held back his anger for the first moto. The leading pair stretched away from the rest of the field as the race progressed. For the opening few laps Bobby was able to pace the fast-starting Searle, but as the race reached the halfway point the Englishman began to open a gap. Bobryshev knew that a second-place finish would suffice for his championship ambitions.

The pair finished as they started, in first and second. The gap to Nicholls was now at 17, Bobryshev needed a fourth-place finish in moto two to claim the title.

Storm Callum finally unleashed as the last motos of the day got underway. A strong wind and persistent rain made conditions tough for the MX1 riders as the gates dropped for their final moto of the year.

This is where the Russian displayed his true grit and championship worth. Bobby continued fighting on board his Lombard Express/Par Homes Suzuki, picking off both Steven Clarke and Petar Petrov to take over the race lead at the halfway mark. Tommy Searle joined the charge, following Bobby into second position. A couple of laps later Searle pulled the trigger and made the move on Bobryshev to take the lead.

With the gap back to third now at a comfortable distance Bobby was able to ride a lonely race home to cross the finish line in second position and claim his second British motocross championship title.

“We got the title,” exclaimed Bobryshev. “It’s been a difficult year racing over here, we didn’t have much luck in the British. But unfortunately, Jake got injured and we got our chance to try and get the title.

“I was stressed before the race, it’s been eight years since I had a title and today we were in the position again. I’m super pumped and so happy for the team, they deserved this.”

The MX1 British Motocross Champion added: “I just want to say a huge thanks to the team and all the sponsors that supported us through the season. It’s time to celebrate now!”

Team manager Neil Prince revealed what a difficult season it had been for the newly-crowned champion. “I feel so relived,” he said. “This year has been difficult for Bobby, he really hasn’t had much luck. What happened to Jake is very unfortunate, we didn’t really want to come here in this position, but we had to. 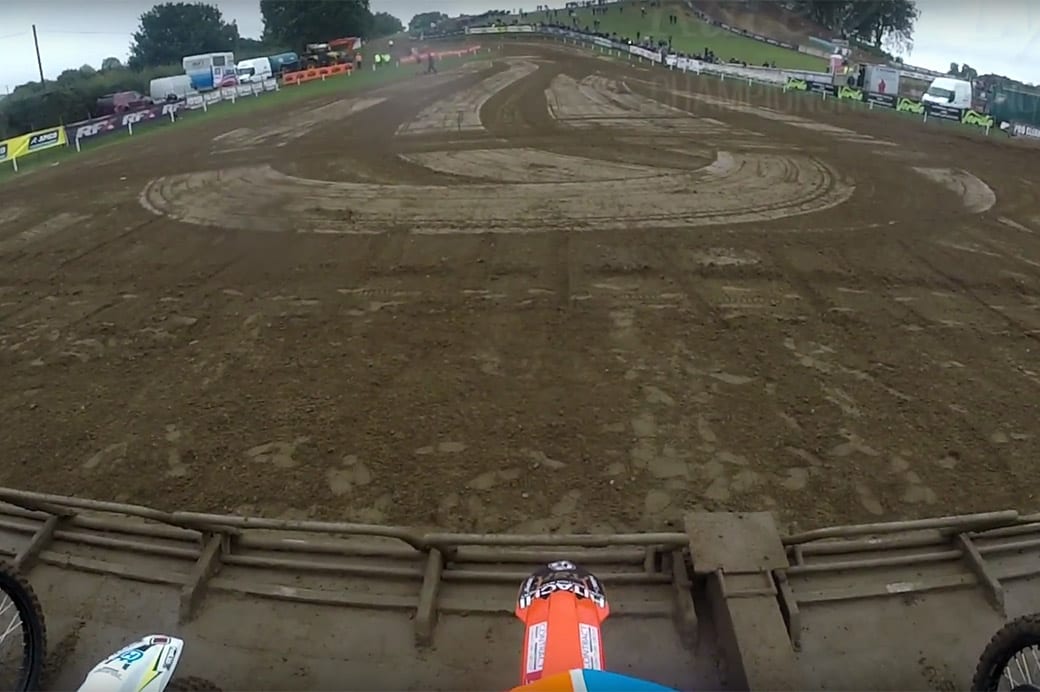 “The cameras and the videos show that Bobby has been up there this year, he’s been winning races and shown great speed but he’s also crashed a lot. If we’ve done eight races, he’s crashed in six of them, and they’ve been big crashes.

“At Hawkstone he had three really big crashes where he could’ve pulled out, but he just kept on going. Like I said we haven’t had much luck in 2018 but today it came our way, and we’ll take it.

“We’ve been there every weekend and Bobby has picked the bike up every time after some big crashes. It’s been a big team effort from everyone, from Andy at Lombard and me to all the sponsors we have, from Suzuki UK, Meredith motorcycles, Paul Rowlands at PAR, SC sports homes and everyone else – without all those people this couldn’t happen.

“Bobby had to execute a solid day today, and he did that. He earned the championship today. I’ve been close to crying all day because I haven’t been in this position for so long. It feels great to have the whole family and all our sponsors here, I can’t thank everybody enough for making this possible.”

MXGB Lyng: ‘It’s great to have both riders on the podium’ – Searle

Revo MXGB: Honda’s Jay Hague out due to Injury