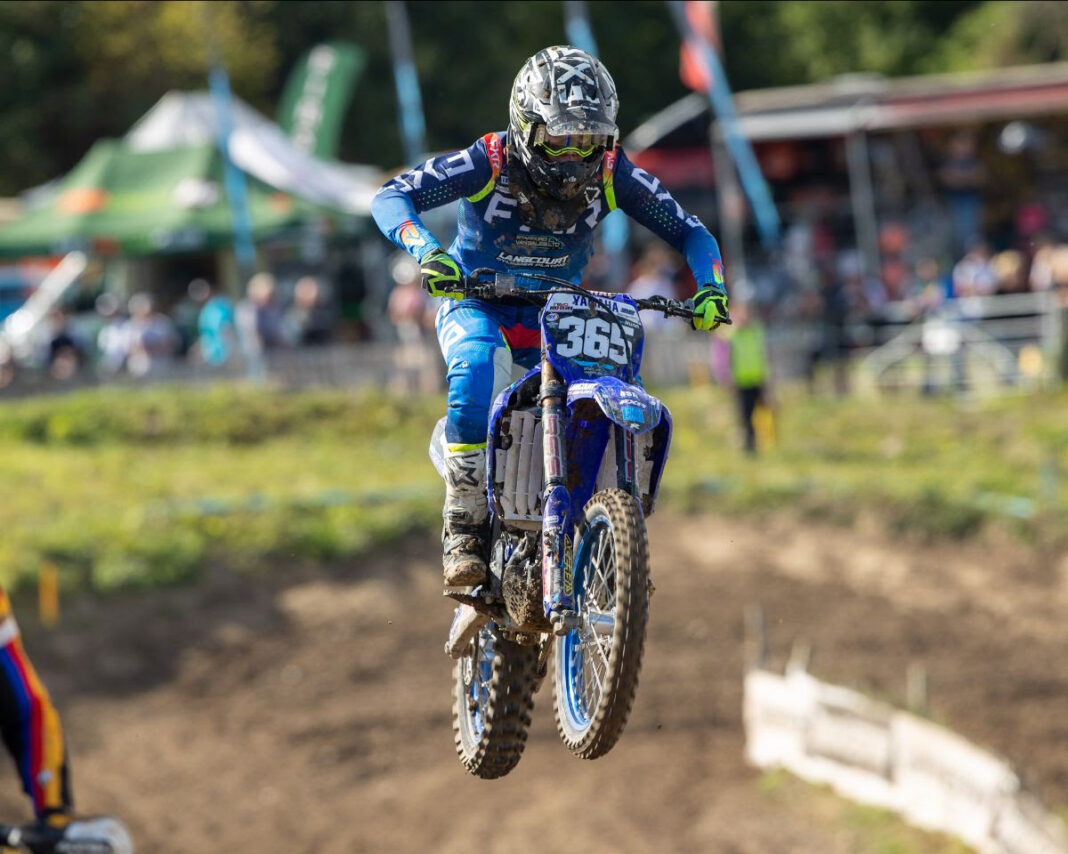 Rob Hooper Racing Yamaha’s Sam Nunn became the latest rider to win his first-ever Pro Motocross overall win after at the MX2 class of the final round of the Bridgestone British Masters at Foxhill.

Nunn showed his intent from the outset by topping qualifying with a time over two seconds faster than his closest MX2 rival.

In moto one, Sam would work his way through the pack after a lowly start to get close to race winner and 2021 Masters Champion John Adamson by the end of the race.

The second race saw Nunn head the MX2 field mixing it with the MX1 racers only to stall with the chequered flag in sight, meaning he would finish second again after being so close to his maiden pro race victory.

In the end, a two two scorecard would earn him the overall, following in the tyre tracks of Ryan Houghton, Taylor Hammal and Lewis Hall in recent times to gain their first Pro overall victory with the team.

“Good day at Foxhills taking the overall win”, said Sam. “The track was nice and technical all day, and I had two consistent races with good speed. A couple more races left this season. Big thanks to Rob and everyone at the team for all their help.”

Team Boss Rob Hooper said, “Sam has been close to a big result all season long, and we knew he could do it. It’s fantastic for him and us to finish our championship season on top of the podium, and it’s a great confidence boost for him as he heads to Belgium this weekend to represent Team GB at the Coupe de l’Avenir.”

The team with Sam has just two more meetings left in 2021 with the Coupe de l’Avenir this weekend, where Sam has the honour of representing Team GB in what is the Youth version of the Motocross of Nations, and the Weston Beach Race, the last two events on the Calendar.  Sam has won the Youth event of the Weston Beach Race five times, so will be looking forward to getting in the mix with the 1000 or so Adult riders on Sunday 2nd October.