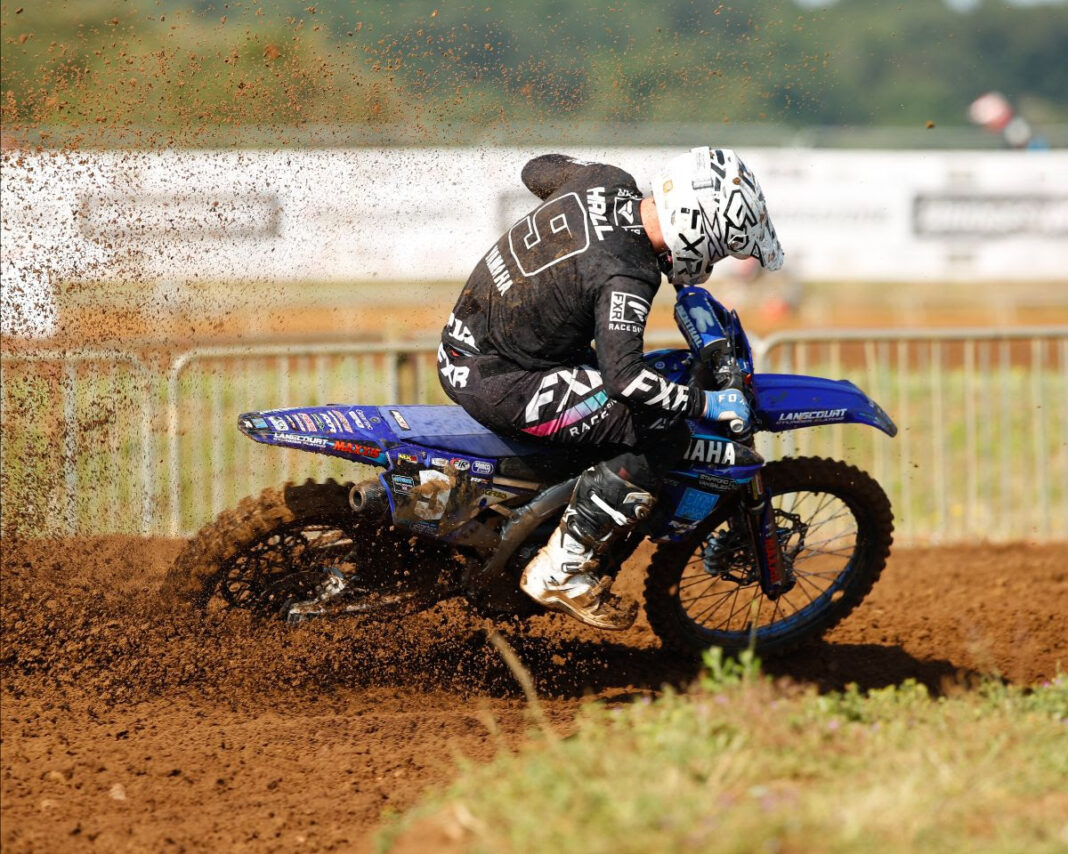 Rob Hooper Racing Yamaha rider Lewis Hall heading for podium victory at the third round of the Bridgestone British Masters on sunday, at Culham Park in Oxfordshire.

Hopes were high for the team heading into the weekend for both rider, but a crash in the opening Pro moto for Sam Nunn meant he would DNF and wouldn’t be able to race in the second moto of the day.

In the first moto Lewis alongside Sam, made a promising start to the race but a fall on the first lap meant he had to get his head down and fight his way through the field, which he did to great effect finishing fourth.

Hall’s true speed revealed itself in moto two, and after churning out a couple of blisteringly fast laps, he was up to third in the mixed moto against the 450’s and chasing down his 250 competitor and MX2 leader John Adamson. Hall would keep his cool and bring it home in second, giving him second overall in MX2, moving him up to second in the Championship standings.

“Both riders showed great speed today,” said Team Boss Rob Hooper. “It was just a shame that Sam had his nasty crash, otherwise, I felt we would have been able to have had two riders on the podium.”

“Sam hasn’t broken anything but is really sore after he was hit by another rider who couldn’t avoid him, but we are hopeful he will be able to join us at Canada Heights as he enjoys riding there.  Lewis rode really well and has started to gel with the bike and be able to hold the pace for full moto’s, and we are keen to see him pull off a great result in the MX Nationals this weekend.”