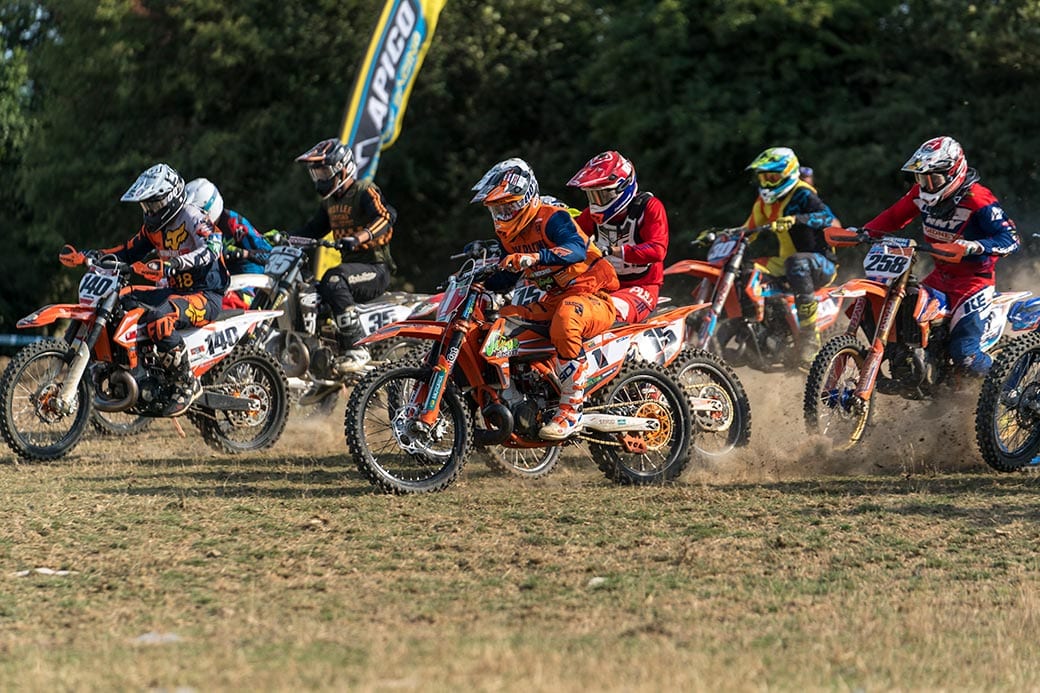 The British 2-Stroke Championship has been saved from cancellation just days after being axed by the ACU.

Last week the ACU cancelled the British series citing a lack of rider registrations. It looked to be a huge setback for two-stroke fans in the UK.

But now things are starting to really look up with the announcement that the Apico 2-Stroke Festival has stepped in.

An agreement has been reached to run the open-class British 2-Stroke championship at each of the Festival dates, sitting alongside separate 125, Evo and Super Evo British titles.

“Following the enforced cancellation of the Championship from the Maxxis series due to the very low number of riders who registered for the series we were left with a few unanswered questions and the remains of what had been an incredibly popular and successful series,” said ACU Motocross Chairman, Steve McCauley.

“I was in absolutely no doubt that there was still a potential to continue the success of the previous two seasons and to find a new home for this extremely prestigious title and give something back to the riders who supported the class.

“The perfect place for this appeared to be the new ACU Apico 2-Stroke Festival which fits the mould perfectly and provides both a fun and professional environment for British Open 2-Stroke Championship to grow. For this reason, the Motocross Committee entered into discussion with Dave Willet and I am totally delighted to have reached a successful agreement which will see the series which we started with such aplomb carry on indefinitely.”

Commenting on the news Apico 2-Stroke Festival organiser Dave Willet said: “This is a massive boost for the series and all involved. The concept of the 2-Stroke Festival was to deliver not only a boost for grassroots riders but also bring on youth in the sport, to help their progression and development. Adding on not one but four British titles is the icing on the cake.”

“By adding this adult British title to the series, it ups the profile of the championship even more. This is great for 2-stroke riders because they can approach potential sponsors off the back of being a potential British champion. And of course, the festival’s level of promotion is second to none.”