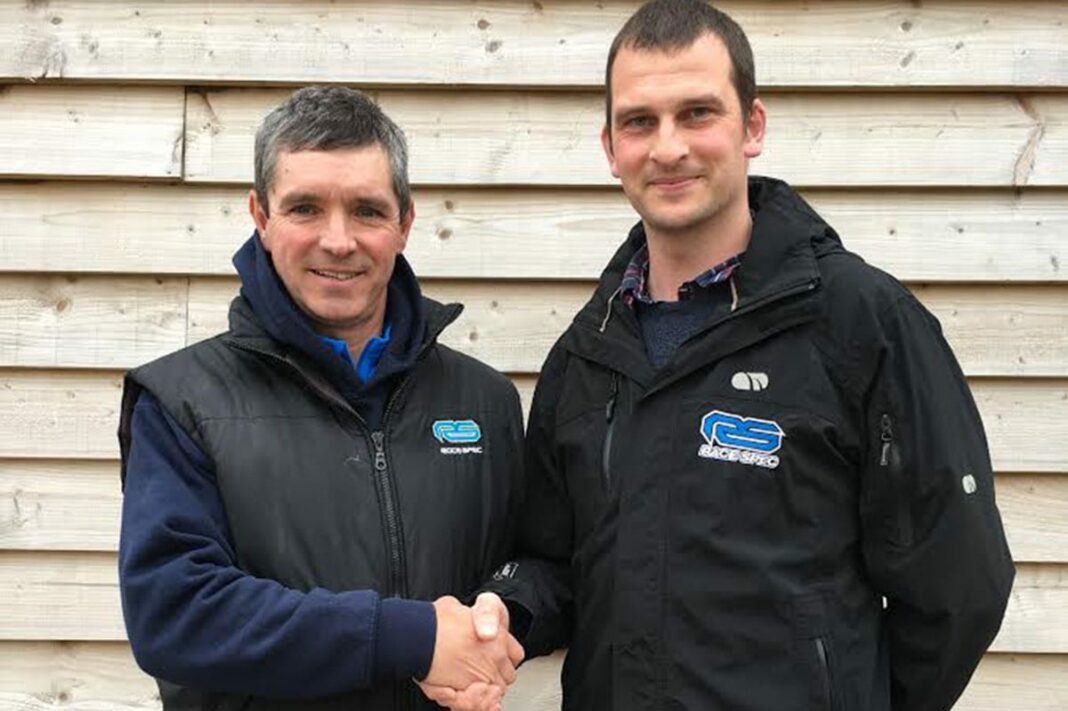 After 27 years of building Race Spec and working in the industry, David and Joanne Watson have sold the Race Spec brand to new owner, Daniel Bull, of M-cal performance technology.

Watson, along with his wife Joanne, started Race Spec back in 1991 primarily as a suspension tuning company. Race Spec quickly grew into the UK’s largest mail order business and set new standards for motocross shopping.

“Selling the Race Spec brand was not an easy decision as it has been part of our lives for a very long time,” said Watson. “Over the past 27 years Race Spec has pretty much been: eat, sleep and breathe for us, and we have enjoyed every minute.

“Times move on and more recently I’ve wanted to spend more time sat behind the handlebars of my bikes and less time behind the office desk. I’m enjoying teaching again via my motocross training schools which I have re-established.

“When Daniel showed an interest in Race Spec it was the perfect scenario for us both. Daniel had worked with us before at Race Spec and with his passion for both Race Spec and the sport, I knew Race Spec would be in good hands.

Commenting on the news Daniel Bull said: “Having worked with Dave in the past as part of the Race Spec team, I am honoured to have been given the opportunity to continue to take the company forward and to build on what David and Joanne have created over the years. Whilst we have lots of new ideas, generally not much will change in the way the company will operate and a good customer service has been key to the business and will always continue to be.”

Watson will remain as an ambassador for Race Spec and will join the Race Spec stand at the Dirt Bike Show later this year.

Race Spec’s new contact details are telephone01993 778403, email sales@rsmx.co.uk and you can find them online as ever at www.racespec.co.uk