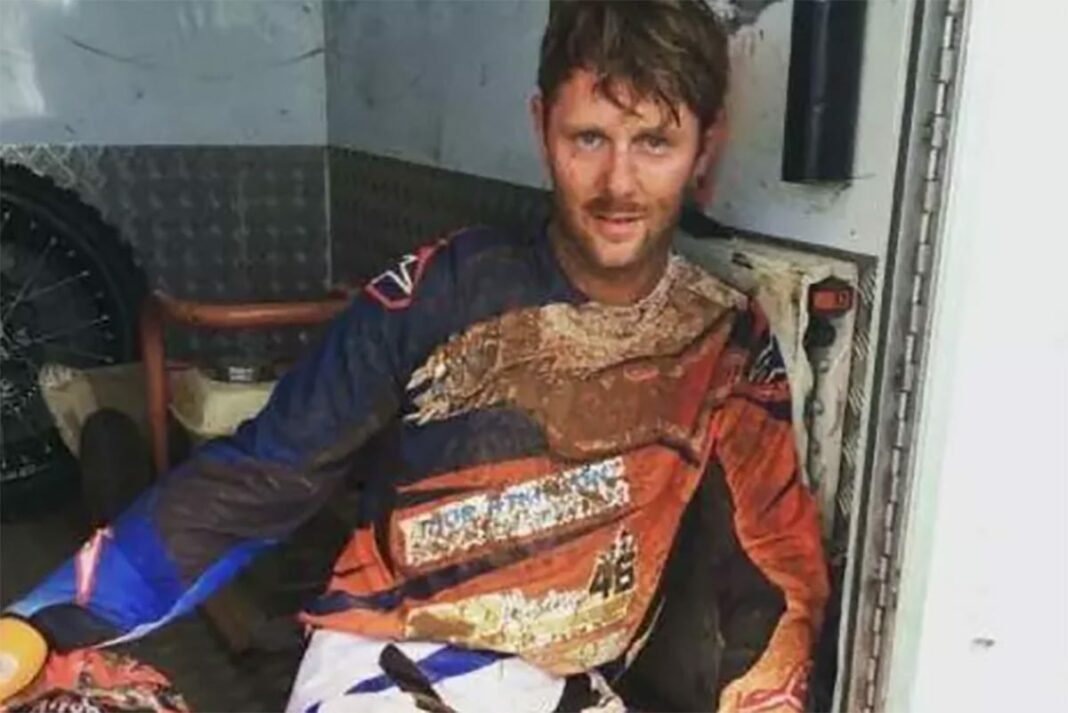 The family and friends of Thomas Brown, who tragically died during a motocross event in County Durham last month, said their final goodbyes today at the funeral of the 27-year-old from Barnard Castle.

Tom Brown was involved in a serious incident at the Sedgefield private track near Low Hardwick Farm at the end of April. Tom was taken to a hospital in Middlesbrough by air ambulance but sadly died before arrival.

Pro rider Brad Anderson, a friend of Tom, was racing at the opening round of the EMX300 championship in Teutschenthal, Germany at the weekend where he ran out 1-1 to lead the European championship. An emotional Brad made a point of dedicating the win to his friend, “I would just like to dedicate this to one of my friends who just died recently, Tom Brown, thanks very much and sorry for the loss.” Ando was clearly struggling to hold back his emotions on camera.

Our thoughts are with Tom’s family, friends and riding buddies. RIP Tom