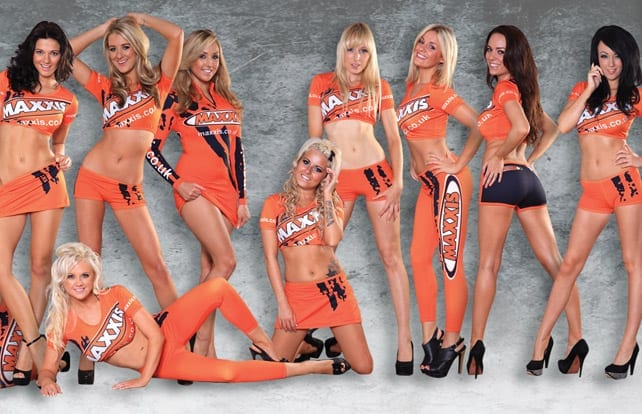 We’re told that there’s no shortage of babe websites on the internet. But we’re sure there’s always room for one more and we guess that’s how the Maxxis team feel as well, as they’ve just launched their very own Maxxis Babes website.

It would be a little selfish to keep the news to ourselves so here’s the info you need to know including the website link!

Maxxis has launched a new website to showcase the best sides of its 2013 Babes line-up. As well as public and private picture galleries of the ten current Maxxis Babes, the new site – www.MaxxisBabes.co.uk – features blogs from the girls, their vital statistics, and details of the motorsport events that they will be attending in their highly distinctive Maxxis orange lycra throughout the year.

The 2013 Maxxis Babes line-up includes firm favourites from the UK glamour scene, accompanied by some of the UK’s hottest new models and promotional girls. As well as the new website and 2013 calendar, the ten Babes will be appearing at events such as the Maxxis ACU British Motocross Championship, British Superbikes and the Maxxis British Drift Championship, so wherever Maxxis go, the Babes will be there too.

The 2013 Maxxis Babes line-up has been a huge hit so far this year as Marketing Manager, Amy Colbourne confirms: “The team here at Maxxis is really excited about the 2013 Babes line up. It is the best group we’ve had to date, with some great looking girls with equally pleasing personalities. We’re hoping the website proves as popular outside the Maxxis office as it has in it and that people enjoy seeing the Babes both online and at our motorsport events up and down the UK throughout 2013.”

The motocross babes website is now live, with free registration for anyone not already signed up.