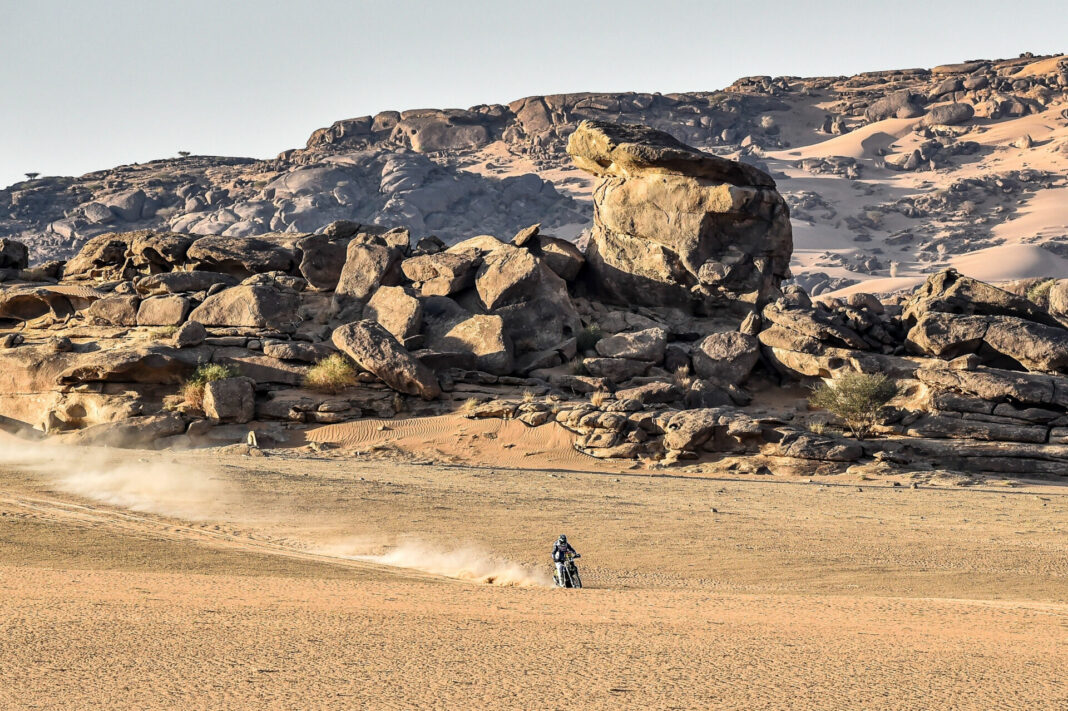 Following on from a highly rewarding season of racing in the 2021 FIM Cross country Rallies World Championship, the Monster Energy Yamaha Rally Team is now ready to take on the 2022 Dakar Rally.

With all three riders, Adrien Van Beveren, Ross Branch, and Andrew Short confident and approaching the event with a strong focus on success, the trio will head out into the desert on January first, 2022, to begin the 44th edition of the toughest rally raid in the world.

Scheduled to cover 8,375 kilometres, the Dakar Rally begins with its traditional prologue ahead of 12 physically demanding stages. Besides a mid-race rest day where riders and teams can regroup ahead of the final six days of racing, the Dakar Rally will once again provide a variety of challenging terrain to ensure a relentless test for all riders and their machinery with the eventual winner declared on January fourteenth in Jeddah.

Leading the Monster Energy Yamaha Rally Team into the desert at the 2022 Dakar Rally is Adrien Van Beveren. With his impressive second place finish in the 2021 FIM Cross-Country Rallies World Championship still fresh in his mind, the Frenchman used the entire series as part of his preparations for the 2022 Dakar. Rounding out his highly positive season with three stage wins and a second-place overall result at the Abu Dhabi Desert Challenge in November, Van Beveren is feeling fit, strong, and is undoubtedly back to his very best.

For Ross Branch, 2021 was something of a learning year in what was only his first full season of rally racing. Demonstrating his capabilities with an impressive win at Rally Kazakhstan, the Botswana native posted impressive stage finishes at all rounds of the FIM Cross-Country Rallies World Championship with a few unfortunate incidents hampering his overall results. Undeterred and with a renewed focus, Ross looks to harness his raw speed to successfully reach the Dakar finish line on January fourteenth.

Lining up with his sights set on securing his best ever result at the Dakar Rally is the third and final Monster Energy Yamaha Rally Team rider, Andrew Short. With the American knowing the importance of safely completing each and every stage, as well as how chaotic the first few days of the Dakar can be, the 39-year-old is fully focused on achieving his goal.

“I’ve just completed my final training sessions ahead of the Dakar and I’m feeling really strong and ready for the race. The whole of 2021 has been great for me. Round by round in the FIM Cross-Country Rallies World Championship I had a solid strategy of being consistent and minimising mistakes. I was able to execute my plan perfectly and end the season as vice world champion, which I was really pleased about for both myself and the team. To avoid some unnecessary pressure, I’m looking at the Dakar as just another race and a continuation of my progress throughout the last year. For sure it is a huge race that everyone in rally focuses on, but I will take it day by day, stage by stage, and apply the same mindset that took me to success in this year’s world championship.”

“This year has flown by, and Dakar is now just around the corner. I’m really excited for it. A fresh start, new stages, and I think it’s going to be a really good race. During the last year the team have been working super-hard and this is really motivating as a rider to see as it just inspires me to put everything that I have into my training and preparation. My goal for the race is to finish each stage. It sounds modest but it’s such a long and wild race where anything can happen. Staying trouble free will be so important and now with my experience from racing all year in 2021, I’m in a really good place mentally ahead of the Dakar. I’ve got a great team behind me, and everything is in place for a successful race. I can’t wait to get started.”

“I’m really looking forward to Dakar 2022 and it’ll actually be my fifth time racing the event. For this one I want to beat my best finish of sixth and to do that it’s super important to finish every stage safely. Each year I seem to experience some kind of problem early in the race so my focus will be on getting through week one without any major issues, then I’ll have the option to ramp things up in week two if I need to. Overall, you never really know how this race will go but I’ll be doing everything in my power to ensure the best result possible and have no regrets when the race comes to an end.”

“Entering Dakar 2022 is an exciting time for the team following a whole year of continuous hard work from the mechanics and technicians, and of course the riders who have achieved so much in 2021. Behind the scenes we have developed the bike so much and it has been put to the test throughout the FIM Cross-Country Rallies World Championship. With Ross winning in Kazakhstan and Adrien ending the season as vice world champion, it clearly proves that we are heading in the right direction. Because of the success this year the team spirit is really high, and this is really important at such a long race like the Dakar. Anything can happen at this event, but I know the riders have all worked so hard to build up and prepare themselves in the best possible way. Now, we can look forward to the Dakar with confidence and I have a strong belief that it will be a successful race for the riders and the team as a whole.”