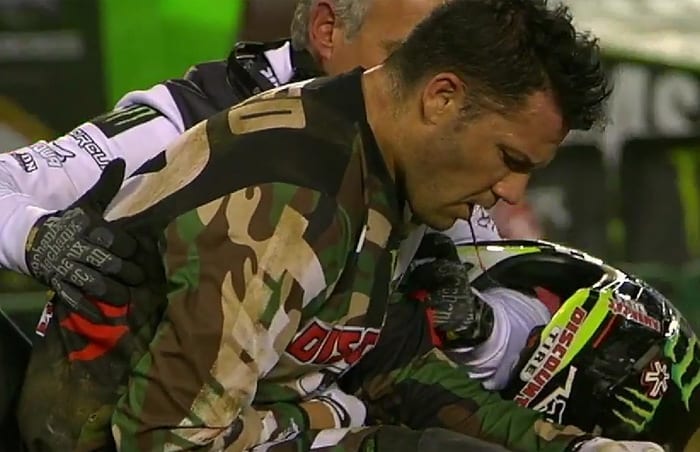 When the 2015 Monster Energy AMA Supercross, an FIM World Championship, kicks off at Angel Stadium in Anaheim, Calif., on January 3, the 17-race quest to find out #WhosNext begins as the world’s top racers will set their sights on the coveted 450SX Class title. With blood in the water, past champions will seek redemption, while emerging stars hope to challenge the sport’s top contenders.

Headlining the 2015 Monster Energy Supercross television package will be the first-ever live FOX network broadcast from MetLife Stadium in East Rutherford, N.J., on Saturday, April 25 at 3pm E.T. FOX Sports 1 will broadcast 12 races live and FOX Sports 2 will broadcast 3 races live. Each race will include a next-day re-air on FOX Sports 1. In addition, the authenticated Fox Sports Go app will live stream each race.

As a precursor to the live television, don’t forget to catch all of the pre-race coverage with Supercross Race Day Live, which will stream on SupercrossOnline.com from 2:00 p.m.-5:00 p.m. local race time each Saturday during the season. Practice, qualifying, behind the scenes features, and key rider interviews will all be highlighted on the Supercross Race Day Live webcast.