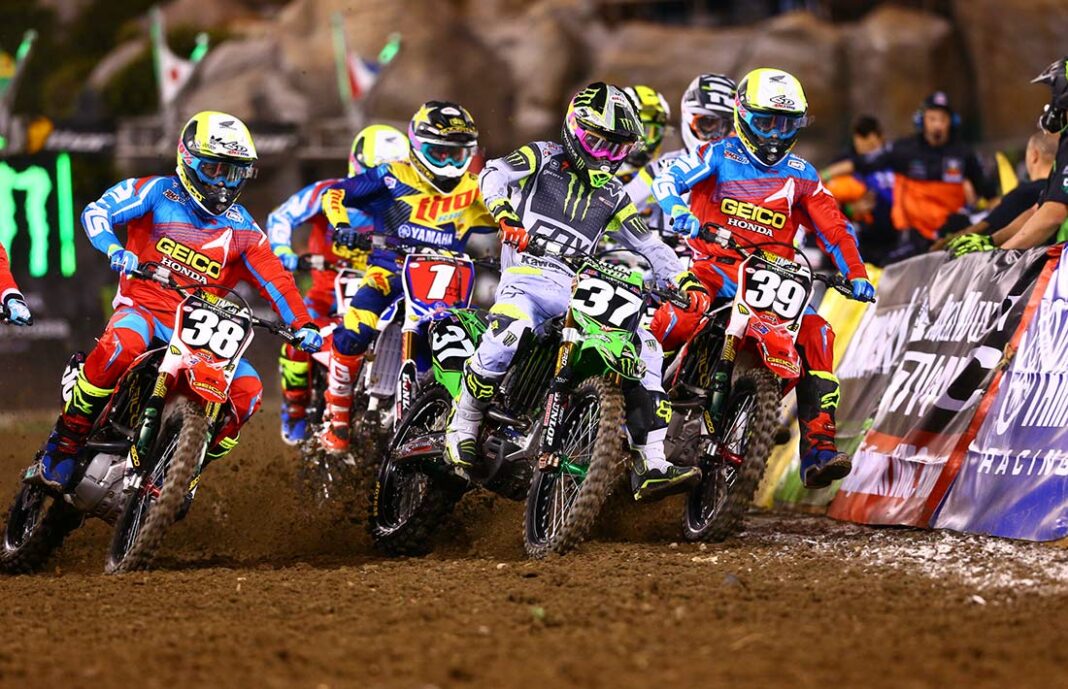 The Monster Energy/Pro Circuit/Kawasaki Team heads to Petco Park in San Diego, CA for Round Two of the 2016 Monster Energy AMA Supercross Championship. The venue is expected to be packed with excited, roaring fans and the Pro Circuit crew are eager to get back on the podium this season.

Both Joey Savatgy and Chris Alldredge look to make podium appearances and ride with confidence throughout the season.

Savatgy Looking To Land A Podium

Joey Savatgy currently stands in eighth place for the series point standings, but the season has only just begun, and he’s looking to showcase his skill and determination for a win in San Diego.

Last weekend at A1, Savatgy was riding well until a tangle with another rider, pulled him behind in the pack. This weekend, expect to see him riding confidently with speed, while maintaining rider/track awareness, and you’ll certainly see him once again standing on the podium.

“I’m looking forward to working on what I know I need to improve on…as I know I’m very capable of racing for podiums and wins,” said Savatgy.

Alldredge Looking To Turn It Around

Like Savatgy, Chris Alldredge came out on fire during his heat race last weekend. However, in his main event, he didn’t have the same result. Alldredge currently sits in 21st position, but the season is long and his determination to get back to the front has never been more evident. If he’s confident he can compete and remain a contender alongside the group as he did in his heat race at A1.

Alldredge commented: “I felt really good and my KX250F was working well…I had a lot of ups and downs, not a spectacular night but I’m really happy with my riding and can build off it leading into San Diego”