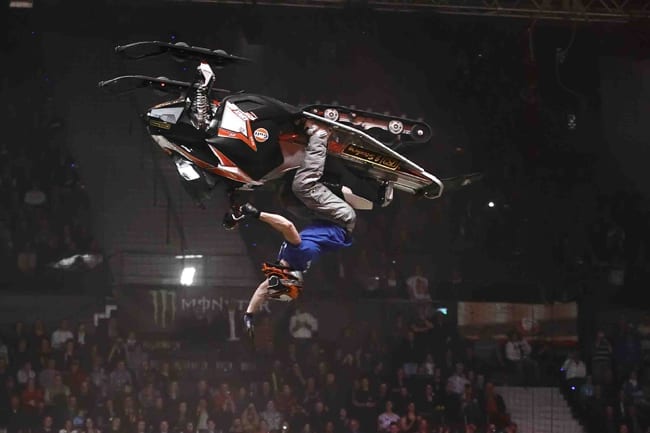 After the disappointment back in the summer when the Monster Energy Extreme Freestylers Tour date at Cardiff’s Millennium Stadium was cancelled, Monster Energy’s Masters of Dirt is going to be hitting up the UK. Here’s the press release…

Masters of Dirt have been setting the standard for world class FMX and bike stunt entertainment for the past 10 years performing across Europe. Hitting London and Manchester for the first time, the UK now has the chance to see the world’s top FMX, quad, 50cc mini bike, mountain bike, BMX and even snowmobile riders perform their death defying whips, backflips and other jaw dropping tricks live and up-close at the action packed two-and-a-half hour fully-seated indoor arena shows. MoD then returns to Dublin for a weekend of FMX madness after four sold-out shows last year.

MoD founder Georgie Fechter said: “We can’t wait to come to London, Manchester and Dublin with our rock-out arial production. MoD is consistently sold-out creating an intense and buzzy atmosphere. The bike shows are incredible and when combined with the astounding sound and lighting system alongside the flame cannons and the fire breathing antics of the sexy fuel girls, this show goes-off!”

Monster Energy’s Edgar Torronteras, one of the pioneers of European FMX and a seven-times Spanish champion said: “The England and Ireland gigs are set to be by far the craziest shows to date. We’re set to go big and get the arena crowds pumped.”