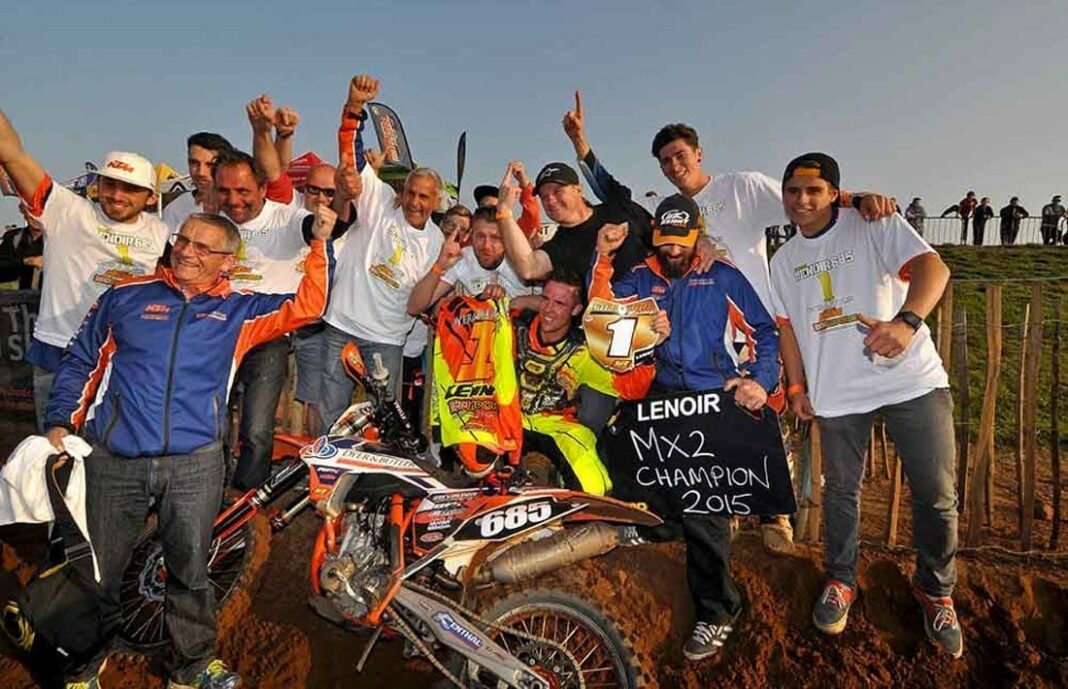 FatCat Motoparc, Doncaster hosted the final round of the Maxxis ACU British Championship, powered by Skye Energy. The championship was thrown wide open the week before the race with Max Anstie crashing out of the MXoN in France, leaving Lenoir with 45 points to find to take the 2015 MX2 title.

Qualifying in fifth Steven found himself in a good position to take on the upcoming title fight. Liam Knight took 17th but with the times tight it was all to play for.

It was a perfect start to the day for Steven Lenoir who took the holeshot in the opening race and lead for the first four laps before dropping into a comfortable third. Liam gated just inside the top 20 and had a long hard race and took home 17th.

Another good start from Steven saw him lead on the opening lap. Settling down into the race Steven settled into fourth place which left him with a small amount of points to find in the last race. Liam improved on his race one result by finishing in 12th.

Another top five start for Lenoir saw him in a perfect position to take the title. Riding a sensible race Steven dropped back a few positions as the race went on, eventually crossing the line in sixth to be crowned the 2015 Maxxis British MX2 Champion!

“This one was different as I took it as a last chance to get the title in the MX2 Class,” Steven Lenoir. “I’ve learnt a lot over the last three years riding in England. Nearly a year ago now after I started to prepare myself for this season and today was definitely the most stressful day but I got the job done!

“All this wouldn’t happen on my own and I can’t thank enough all the people that helped me to get to where I’m now. To all the Dyer & Butler team you are a big part of our success! You gave me awesome bikes and we had zero DNF’s in 17 races together!

“I would like to thank Matt at Evotech for being one of my best friends and the one who believed in me the last three years. Second for making my bike a rocket out of the gate and got the suspension dialled the way I like it. Kirk Gibbons for the work over the winter on my fitness, and your positive way of seeing everything.

“Now a bit of rest for several weeks and then we get ready for my rookie season in MX1.”