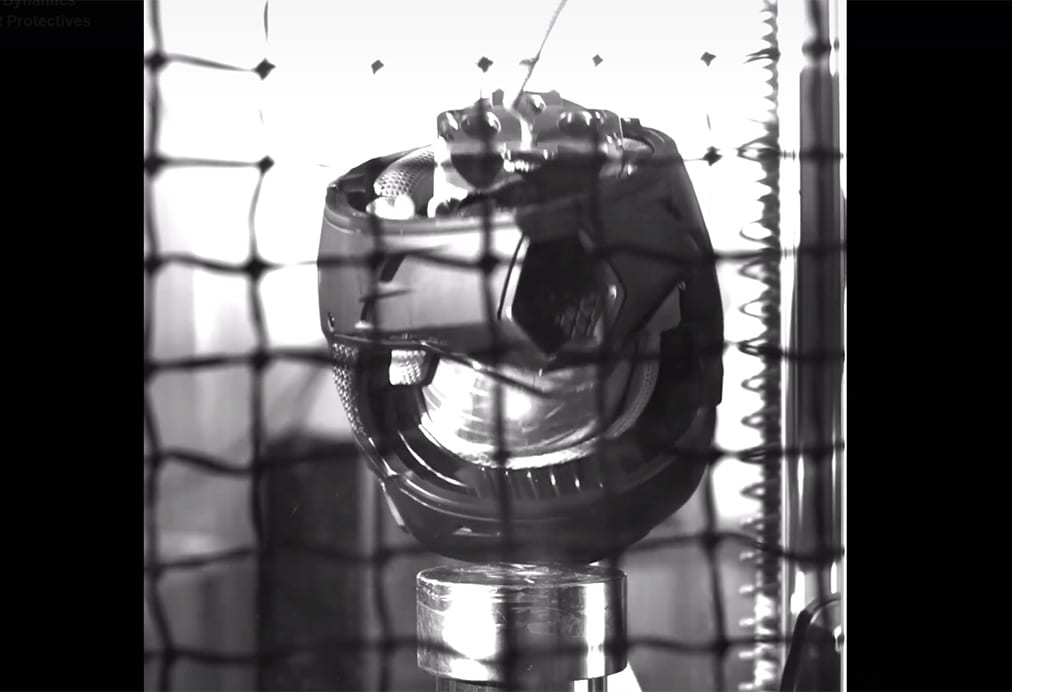 Following Brad Anderson’s crash at the Hawkstone International and the collective shock that his face and helmet had been badly banged up, Leatt has endured a rough time of it as internet ‘experts’ laid into the protectives company.

Although Leatt had received support from customers, pro riders and respected journalists, including our own editor at Dirt Bike Rider, the South African firm felt they needed to have their own say and has released a statement via their social media channels.

You can read it in full below:

“Firstly and most importantly we would like to wish Brad a speedy recovery, he was released from Hospital late on Sunday night having received brain and other body scans, these were all clear, with no brain injury or serious facial fractures apart from his nose.

“The purpose of a helmet, as with any safety equipment, is to reduce the risk of a serious injury. Our helmets are designed to deform and fracture under certain loads to reduce the accelerative forces being transferred to the head, brain and neck. The energy required to deform a helmet is hereby removed from the total energy that would otherwise have been directed to the rider’s head, brain and neck.

“All our motorcycle helmet models meet and exceed either or both of the industry accepted and widely adopted applicable safety standards namely; ECE 22-05 and DOT (FMVSS No. 218).

“As you can appreciate, the same accident rarely happens twice. There are always various accident dynamics at play including but not limited to the weight of the rider, the speed of the impact, involvement of the motorcycle, track conditions etc. It is therefore near impossible for Leatt to re-create the exact accident scenario, but hopefully you will appreciate from the videos below, the magnitude of force it would require to break the chin bar on the same helmet Brad was wearing. We are pleased Brad will make a full recovery and glad he was using a safety tested and certified Leatt product.

You can watch Leatt’s video below: