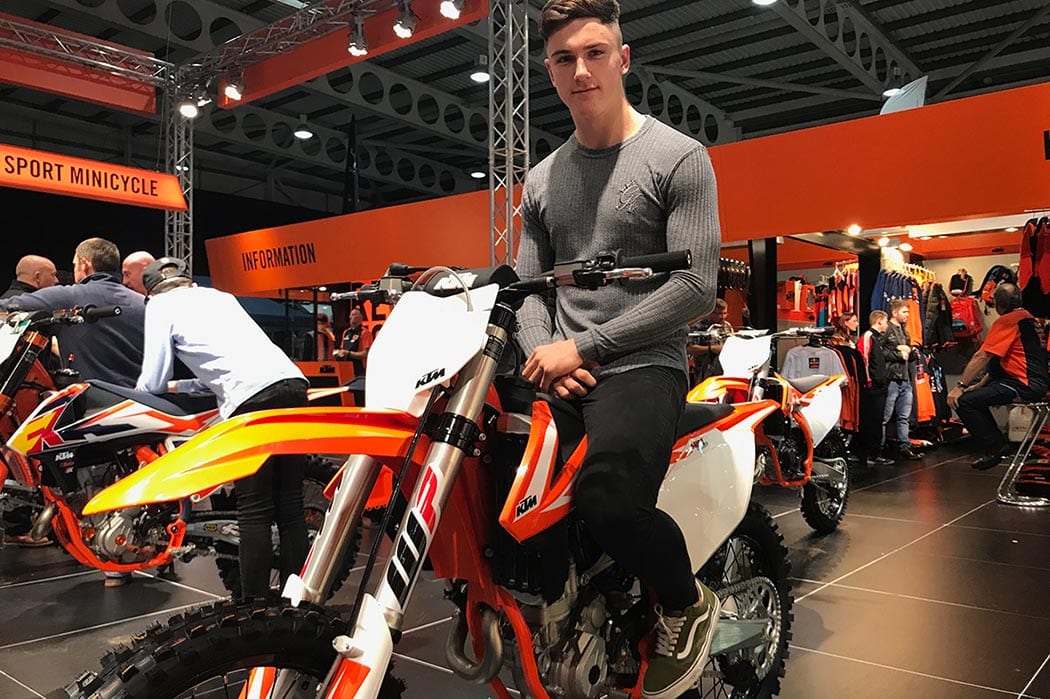 Graeme Irwin and Conrad Mewse will lead the way for Roger Magee’s KTM UK-backed team for a full-on assault in the 2018 FIM Motocross World Championship and the ACU British Motocross Championship.

Magee’s team is no stranger to victory and the new rider line-up, announced at the International Dirt Bike Show at Stoneleigh Park today, is a formidable pairing for chasing more silverware.

Founded in 2005, the outfit is the most successful in the British series and has won an incredible 11 titles – the majority with KTM and the most recent coming this year, courtesy of Ben Watson as British MX2 champion on the KTM 250 SX-F.

Reigning British MX1 champion, Graeme Irwin, 25, moves to KTM for a chance to participate in the MXGP Championship for the first time along with defending the #1 plate in the UK series.

The Carrickfergus-born rider is relishing the chance to compete in Grand Prix and to ride the World Championship-winning KTM 450 SX-F.

“My goals for the season are to retain the British championship and to start the year in MXGP in the top 15 and progress to the top 10,” said Irwin.

“I‘m really excited to ride the 450 SX-F as Tony Cairoli and Jeffrey Herlings have been so strong this season and KTM is a brand that is constantly pushing their products forward – they’re the market leader for a reason.

“I will go to California in a couple of weeks and start riding over there. I’ll focus on my physical training and attack it hard in January.

“I prepared myself this year like I was going to be riding in GPs and I’ve raced some guys who are already in that class. I’ll move to Belgium to make sure my training is the best it can be for this season. Bring it on!”

Conrad Mewse will be tasked with the team’s MX2 attack in both Grand Prix and the British championship. Since his 2013 World and British 85cc championships titles, the 18-year-old has had a rapid rise through categories and the #426 competed his first season of Grand Prix this year, finishing 16th overall with 225 points.

“I’m looking forward to starting a new page in my career and returning to KTM,” said Mewse. “It feels like I’m coming back home as I’ve had a lot of success with the brand in the past. I’m hoping together we will be able to fulfil some of my future goals and the KTM 250 SX-F is no doubt a weapon – their bikes have never disappointed me.

“Next season will also be my first season in the British Motocross Championship. I’ve not raced a British series since my 65 and 85cc days, so it is going to be a learning curve for sure. There’s going to be a lot of races with doing MX2 in both Grand Prix and the UK, but I’ve had a month off and I’m fully recovered from this season. The plan is to train hard over winter and come out of the blocks fast.”

Helping to make sure Roger Magee’s squad is more READY TO RACE than ever, they will also receive increased Factory support from KTM for 2018.

Further announcements on the team’s sponsors will be made in the coming weeks.