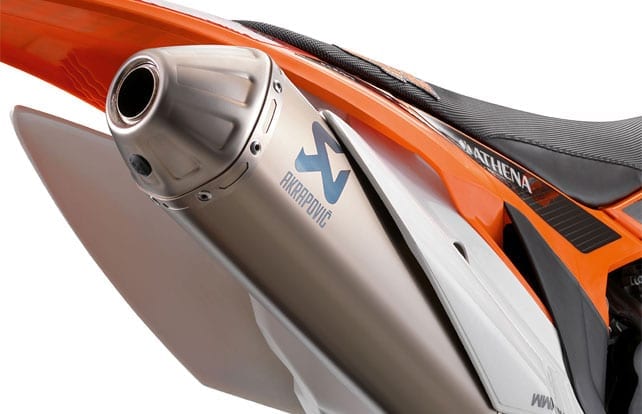 KTM UK have just released some news about a fantastic promotion on its flagship motocross weapon, the 450 SX-F.

For a limited time, all new 2013 450 SX-F models purchased from an authorised KTM UK dealer will be supplied with a full titanium factory exhaust system from specialists Akrapovic. This includes the ultra-light header pipe and silencer, worth almost £1,200.

The Akrapovic exhaust system has been developed in collaboration with the Red Bull Factory race team and delivers an increase in peak performance as well as a significant weight saving, yet still complies with the stricter FIM noise limits for 2013.

The latest generation 450 SX-F was unveiled in 2012 following a further development with both the US and Austrian R&D teams and has already proved its potential with Ryan Dungey winning the US 450 Motocross Championship in 2012.

To find your local KTM motocross dealer you can use the KTM dealer locator.