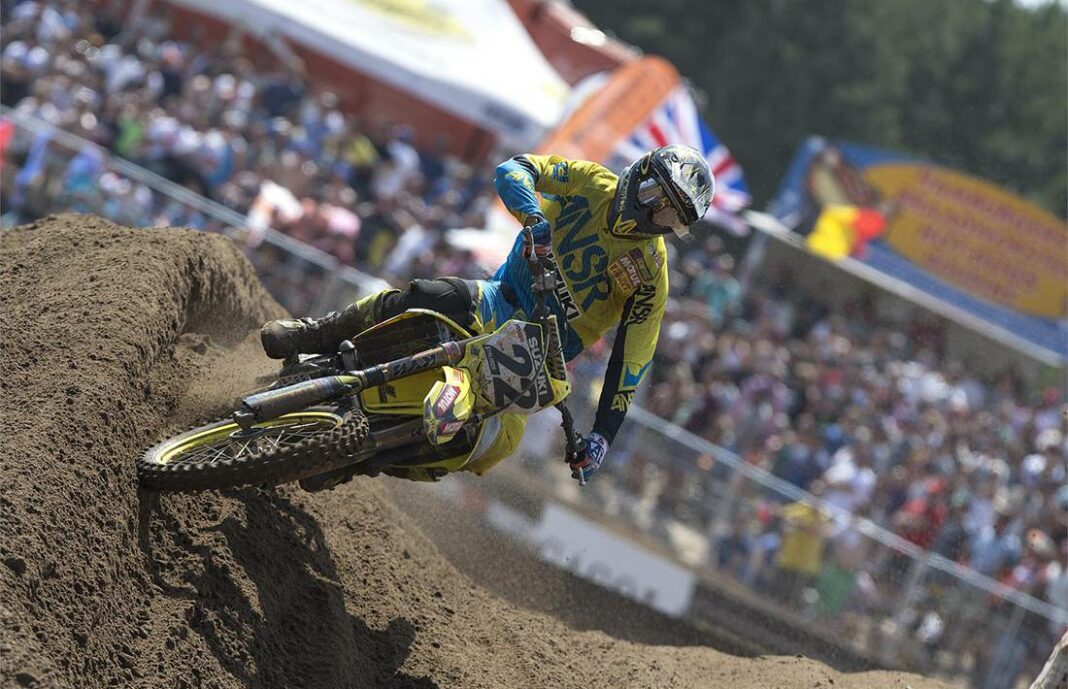 A Belgian rider has not won at Lommel since Ken De Dycker took a factory Suzuki to the top step of the podium in 2009 and the home nation’s abject form at the renowned sandy course was depressing news for Rockstar Energy Suzuki’s Kevin Strijbos.

The 29-year-old took fifth place overall but barely ran with the leaders as Shaun Simpson (UK) went 1-1, Gautier Paulin was second and Romain Febvre third (both French). Strijbos was followed by fellow factory rider Jeremy Van Horebeek, who was sixth in the classification and Clement Desalle withdrew on Saturday after re-aggravating his weak right shoulder.

“I’m ashamed to be Belgian,” he thundered post-race. “This should be our race, you know? Sand is our playground. In the end it is like nothing. I was scared of running out of steam in the second moto and was rolling the corners and bumps instead of taking them.”

Lommel has been the domain of Sicilian Tony Cairoli for the last three editions (2010, 2011 and 2014) and before De Dycker it was Spaniard Jonathan Barragan who claimed the 2008 event. Clement Desalle did win the Belgian GP when it was at Bastogne in 2013.

“We did everything we could,” Strijbos added. “We [Suzuki] rode here and tested here many times. It is not the bike…it just didn’t happen on the day and it seems to be the same every year.”