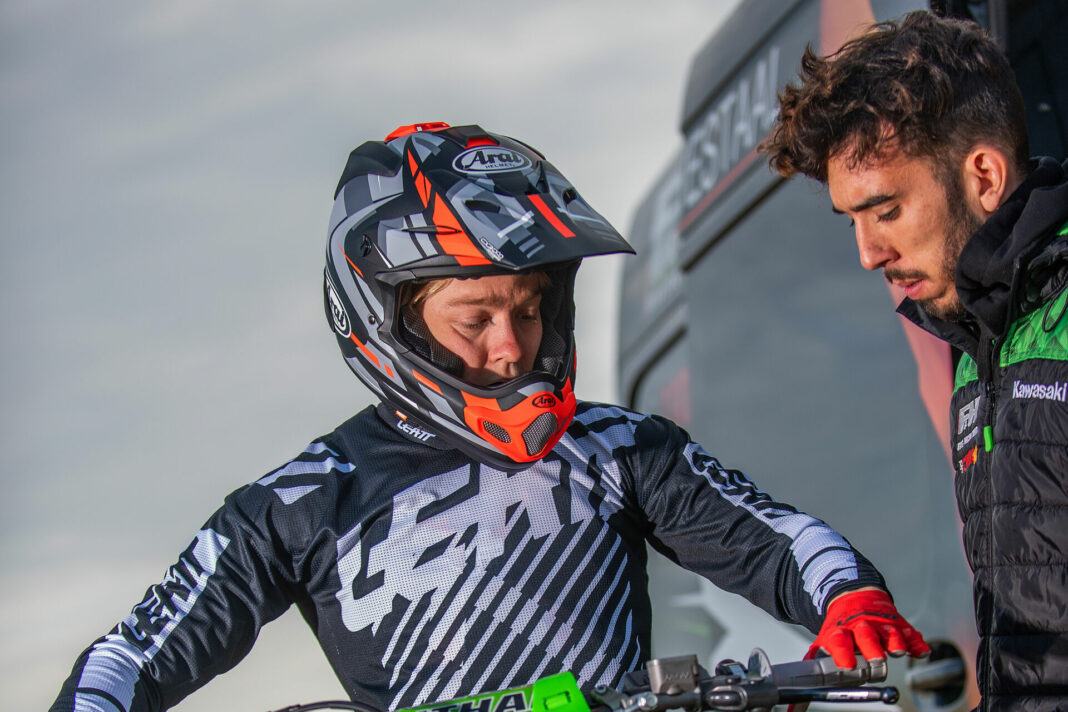 The F&H Kawasaki Racing Team has secured its first new signing for the 2022 FIM MX2 Motocross World Championship with the Norwegian Kevin Horgmo.

For the fifth year in succession Team F&H will be officially representing Kawasaki in the MX2 World championship next season and the exciting Norwegian talent joins the Dutch squad with high expectations from both team and rider.

One of most talented riders from Scandinavia, Kevin was at the sharp end of a tense battle for the FIM Europe EMX250 title this summer, eventually ending the series as runner-up with two overall victories, three moto wins and six podiums.

The MX2 World Championship will not be an entirely new experience for Kevin as he already raced a few GPs this season, with a twelfth position as best result in Czech Republic. After battling for race wins, podiums and the title he now moves to the GPs more experienced and mature. Kevin has already started working with Marc De Reuver, who will again be the coach to the F&H riders next season.

“I’m really excited to join F&H Kawasaki Racing Team.’ said Kevin. “The KX250 is a completely new bike for me but already after the first test I feel so comfortable on it.”

“To be a member of a team like this is what I feel I’ve been missing in the past; the team has everything I need to succeed so now it’s up to me to perform! It will also be good to work with Marc as a trainer; for sure I will learn a lot from him!”

“We look forward to working with Kevin.’ Explained Nathalie Fase F&H Kawasaki team manager. “He has shown in the past what he is capable of as a rider and, with the full package that we can offer him and a good winter, we believe he can make a big step towards success in the MX2 GPs.”

“The first tests are done and everything looks good; he has adapted quickly to the bike and shows a lot of promise! We are already working hard with each other and look forward with optimism to some great times together!”