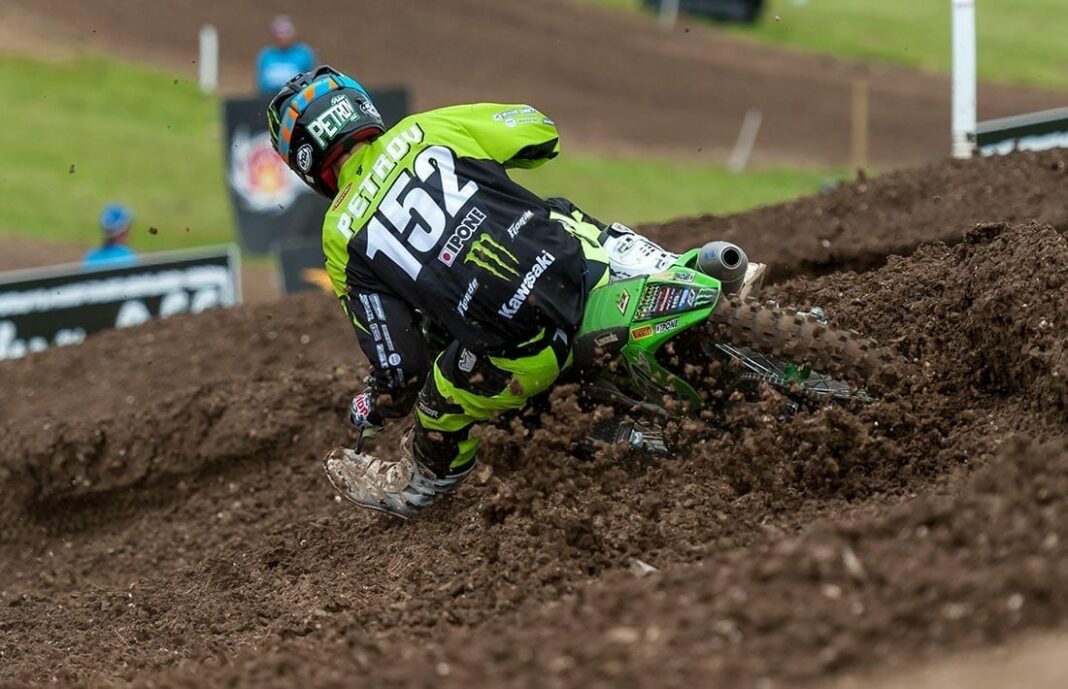 The Monster Energy Kawasaki MX2 Racing Team has announced that Petar Petrov has been confirmed for two more seasons after some brilliant performances since he joined the team two months ago.

The Bulgarian, only 20-years-old but already in his fifth season in the MX2 World Championship, joined the team at the British Grand Prix to replace Dylan Ferrandis after the French youngster was injured in Spain.

Petar immediately felt comfortable on the KX250F-SR Kawasaki and has posted five top-10 results during the past two months, culminating in a fourth position in his most recent race in Teutschenthal.

Petar has missed three rounds of the world series as he recovered from a broken collarbone, an injury sustained whilst testing, but he is ready to return to racing this weekend at Loket in the Czech Republic. Fit and with a clear mind as he has signed for the next two seasons, he will enter the final six rounds of the series with high expectations.

“I am very delighted to be riding for the Monster Energy Kawasaki MX2 Racing Team for the next two seasons,” Petar Petrov said. “It’s a great team and I really enjoy riding for them. The bike is good and everything is just perfect, I like the way they work and of course it’s a factory team. I am really grateful for the opportunity they have given me this year to show my speed; unfortunately I broke my collarbone but now I’m ready for Loket and I hope to be back where I was before I got injured, trying to get on the podium.

“I’m sure that with a good winter preparation I can show really good speed and good things next year. I just want to say thanks to Jean Jacques and all the Monster Energy Kawasaki MX2 Racing Team for everything. I am really looking forward to end this season well, and excited about the next two seasons with the team.”

Jean Jacques Luisetti commented: “We’ve been really happy with Petar’s results and attitude so far, and we are very pleased to sign him for two more seasons. He has shown great potential since he has raced our bike, and he narrowly missed a podium result in Germany so I’m convinced that he can be regularly on the podium in future.

“It will be the first time in his Pro career that he stays in a team for several seasons, and of course that will help him to be even more competitive. With Petar and Dylan Ferrandis, who is now recovering in a well-known sports centre at Cap Breton, we’ll have a young and strong line-up in 2016.”

Could Bubba Stewart be making a return?