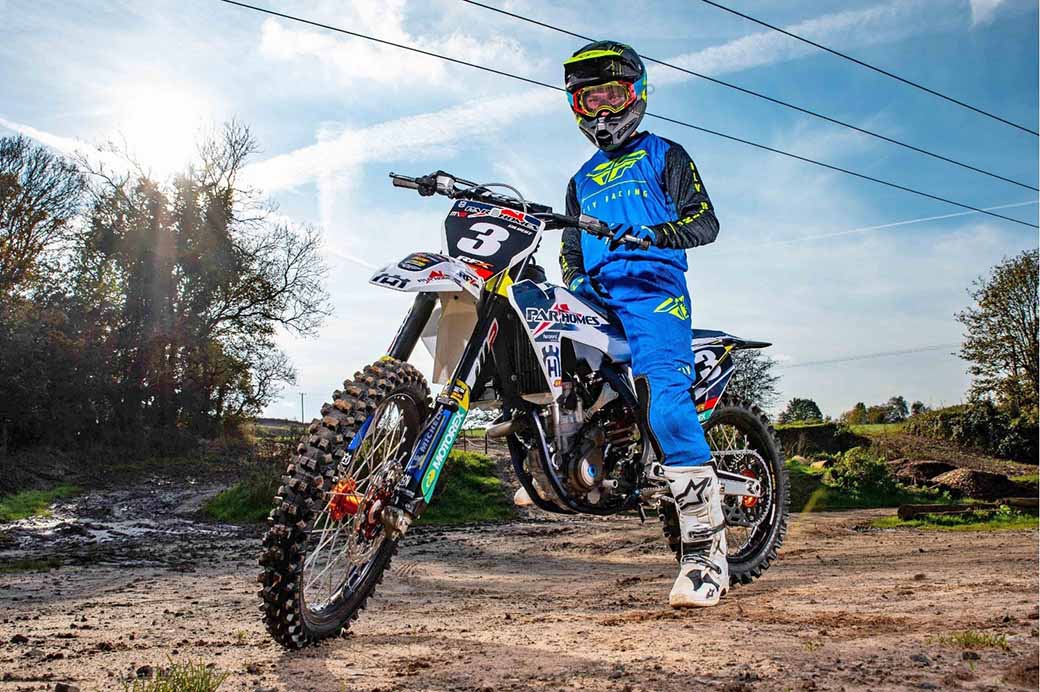 With his first full world championship season done and dusted, Josh Gilbert (PAR Homes RFX Husqvarna) can look back on a solid debut in top-flight racing but – because of the age rule in MX2 – instead of a year of consolidation in 2021 he’s being forced to move up to the MXGP class.

“It’s been a hard season but I didn’t underestimate it, that’s for sure,” he said. “I feel like I did work hard through the winter and I was fit and ready. It was exactly what I suspected. Overall I’m pretty happy with how the first season has gone – it’s just a shame I can’t do another season in MX2 because of my age.

“The team has been awesome to give me the opportunity and I’m staying with the same guys next year, hopefully moving up to do as many MXGPs as possible.”

While rules dictate he must graduate to a 450 to race the world championship next season, Josh is free to stay in MX2 for domestic races although the jury’s still out on his choice of class.

“That’s undecided. I haven’t really got a preference. I enjoy riding both for different reasons. We’re sort of playing it by ear.”

Talk to any championship rider and they’ll tell you how COVID-19 badly disrupted their training schedule and Josh is no different.

“Once we could get going again it was almost like pre-season with riding. It’s never happened before so I didn’t really know what to do and then we started racing again at the beginning of August in Latvia.

“It’s been a long season but also short at the same time – there was so much over a short space of time but we’ve been going since last November and that’s taken its toll. I started to really feel I needed a rest a month before the season ended – basically, when it would have been the end of the season any other year. The last few rounds definitely took a toll on my body.”

Josh’s results have been steady if not spectacular. Out of his 30 starts he scored in 22 motos and although he didn’t break the top-10 he came close with 11th-placed moto finishes in Kegums in Latvia and again less than a month later in Faenza in Italy.

“It’s 90 per cent all on the start. I don’t think I had the pace of the top-seven but I feel like at times I could have definitely had an eighth or a ninth or a 10th – but at the same time that eighth, ninth or 10th could easily have been an 18th, 19th or 20th.

“So much depended on the start and some of the tracks were quite hard to pass on anyway so when you’ve got 10 guys all on the same second each lap it’s tough to go forwards. I must admit that it bugs me a little bit that I didn’t get a top-10 because I know that I should have.

“Twice I was really close. The first time was in Latvia when I was running 10th and the heat just got to me. I’d pushed myself to the limit and it almost felt like my body was shutting down. I managed to bring it home but I lost a position with two laps to go which was frustrating.

“I was close in Faenza as well and I think I might have got it but I slipped off. I came through from about 16th to 11th, slipped off back to 13th and then got back up to 11th and was right on terms with 10th. I was proper gutted about that one.”