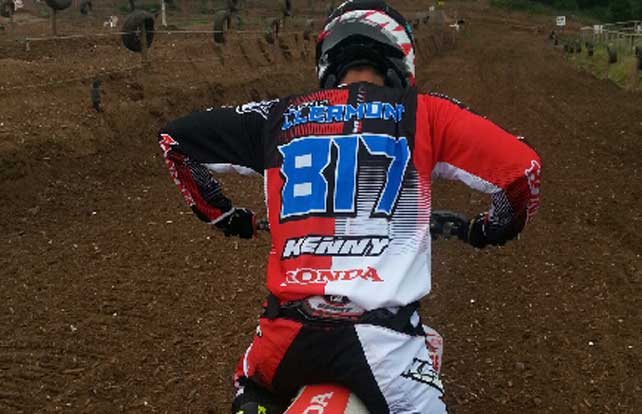 Round Six of the 2013 ACU Maxxis British Motocross Championship takes place on the sandy Irish Desertmartin circuit in Northern Ireland this weekend.

And once again, Buildbase Honda’s Team boss Dave Thorpe has managed to draft in a wild-card entry for this event to support Nico Aubin who currently lies in third spot in the standings, though only 27 points behind the series leader Whatley. There is no doubt that Aubin is on-form at the moment and will be desperate to turn his consistently high qualification positions into solid race results.

This week’s Buildbase Honda wild-card is another young Frenchman, Jason Clermont, who finished second in the French MX1 Championship this year and fresh from several top-ten grand prix race finishes and will be set to make his mark on the UK circuit.

Both racers have a reputation for being fast and spectacular so this weekend’s races should not be missed.

The event begins at 9am this Sunday, June 23.