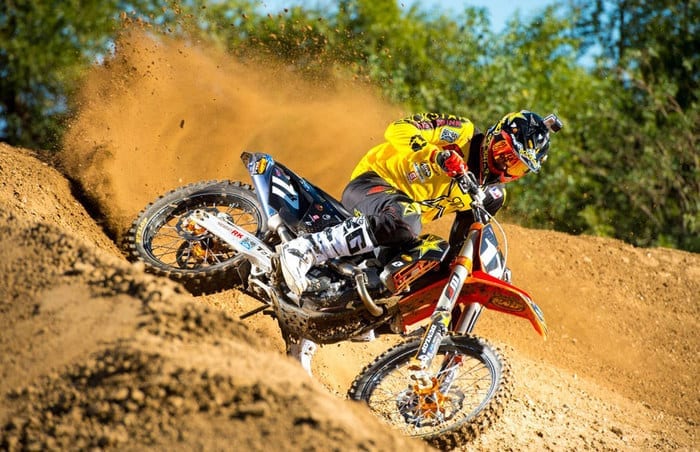 Jason Anderson, 21, not only just won his first championship title. The newly crowned king of the 250SX West class recorded four victories on his way to the title and achieved a life-long dream.

In this week’s Racer X poll more than 52 percent of visitors voted the Rockstar Energy Racing rider the best 250 Supercross rider of the year.

This Autumn Anderson will lead the American charge at the inaugural 24MX Supercross and FMX on October 11 in Stockholm’s magnificent Tele2 Arena.

It will be a unique opportunity for European fans to see the new 250 SX West champion in action on a full-scale supercross track.

While the talented New Mexican is set to make his 450 debut in Sweden he has some strong competition in the form of Weston Peick, Martin Davalos and a bunch of fast European contenders.

Anderson’s skills on a bike speak for themselves, but as a racer the 21-year-old is as determined and patient as they come. On many occasions he took the lead in the final lap. Or in his own words: “You don’t get paid for leading the most laps, only the last one.”

Inspired by his uncle who rode MX, Jason started riding on a KTM 50SX at the age of seven. He also claimed his 250 Supercross title with the Austrian manufacturer.