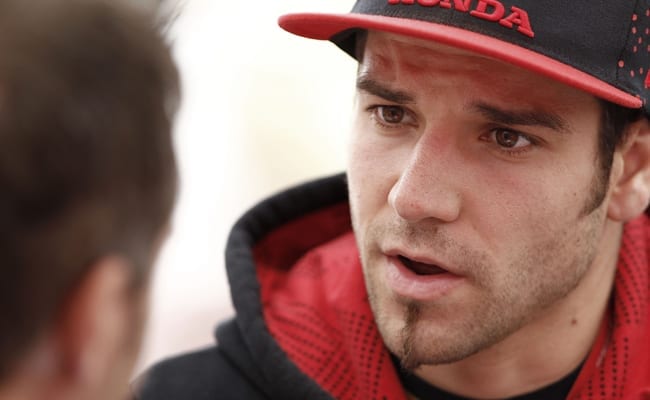 The 2011 MX1 world championship season may be over but the party has certainly not finished! This weekend the Motocross des Nations will be hosted in Saint Jean d’Angely and will provide national motocross heroes the chance to represent their country on the world stage.

No fewer than 18 Honda men have been selected to represent their country at the event. Both Honda World Motocross Team riders have been given the call up. Evgeny Bobryshev will represent Team Russia with team-mates Alexander Tonkov and Sergey Astaykin. Rui Gonçalves will be riding for Team Portugal, lining up next to team-mates Paulo Alberto and Luis Correia.

The MXdN looks set to be a battle royale on a grand scale as several nations are posturing to rip the title from current holders, Team USA. France, Great Britain and Germany are among the favourite challengers but don’t count out an upset. Anything can happen when the best in the world come to town to duel it out!

Evgeny Bobryshev, Honda World Motocross
“Obviously the main aim is to qualify on Saturday and then to see where we go from there. In many ways the pressure is off but we are still looking to go there and be competitive. It is a great honour to compete for my country and something you don’t get to do often in motocross so it will be very special for me. I am not the biggest fan of the track at St Jean but I went okay there earlier in the year for the GP of France and will be looking for more of the same.”

Rui Gonçalves, Honda World Motocross
“Our aim is the get the best result that has ever been achieved for Team Portugal which I think was eighth position. The first step is to qualify and to do this we will need to stay together and support each other. We can then look to the next phase and push for a strong finishing position. The Motocross des Nations is always a special event and it will be a good way to cap off a successful season. I like the track at St Jean d’Angely and am looking forward to going back there again.”