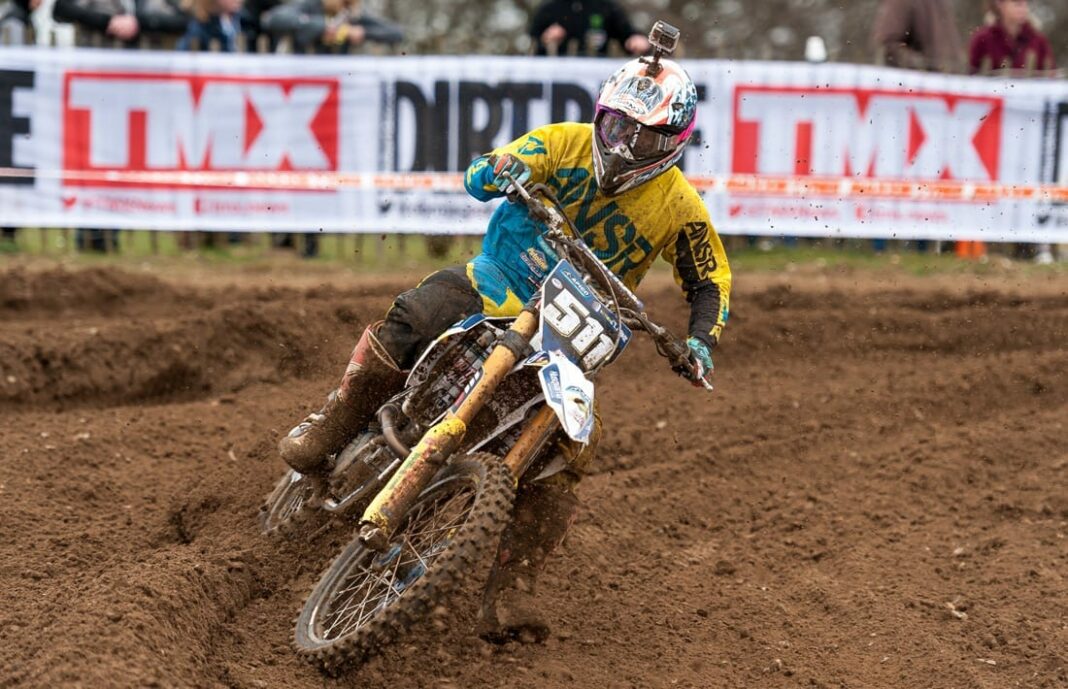 Watch this exclusive Dirt Bike Rider Magazine helmet cam footage of Husqvarna Apico Factory Racing pilot Steven Clarke at round two of the 2015 Maxxis British Motocross Championship at Lyng. We’ve also got an exclusive interview – check it out below the video.

After a 13th, 10th and seventh for an eighth overall on the day, Steven Clarke’s now sitting a very respectable seventh in the point standings after the second round of the Maxxis British Championship.

DBR: “How were you feeling coming into the second round at Lyng?”

Steven: “I’ve been feeling good on the bike and I was really excited for the weekend! We’d been doing some suspension testing in sand to improve the set-up in preparation for Lyng. The track prep was awesome and the circuit looked in amazing condition… although it became pretty rough by the end!”

DBR: “You qualified in ninth. How did quali go?”

Steven: “I wasn’t happy with that to be honest. I knew I had really good speed but I couldn’t find a clear lap and people always seemed to be in the way.”

DBR: “How do you feel you’ve ridden? Can you talk us through the races…”

Steven: “In the first race I had a decent start and was around eighth. I tried to make a pass outside of Jordan booker but he shut the door and he sent me straight over the berm and through the ropes – you can see this in the Go-pro footage! I snapped the rope and couldn’t get back onto the track!

“I ended up getting off the bike and pulling the bike back under the ropes. I was dead last by that point, so I’m really happy with the 13th considering what happened!

“I made some good passes and bought her home in seventh. I had some sketchy moments in that one, although I think most people did! “

DBR: “Have you learnt anything from this weekend that you’ll be taking into the next round at Canada Heights?”

Steven: “The weekend proved that my fitness is where I want it to be. I struggled with my speed in the first few laps so I will definitely be focusing on sprint-lap training and aggression during the initial stages of a race. Hopefully I can take that to Canada Heights.”

DBR: “Well done this weekend and thanks for some great footage, too! Look forward to catching up in the future.”