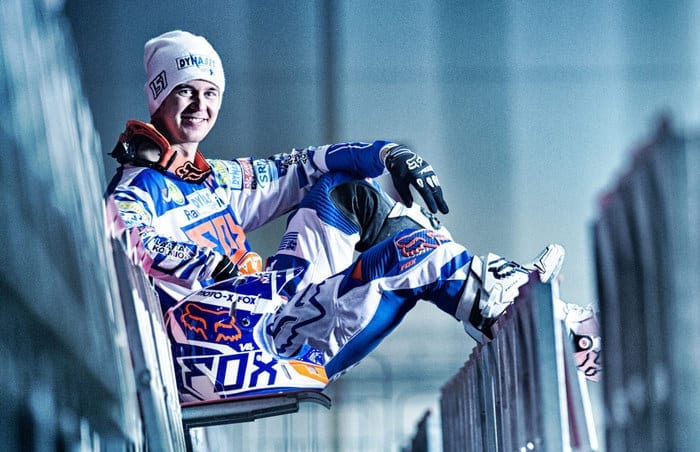 Heads & All Threads Suzuki has confirmed tonight the signing of FIM Motocross World Championship racer Harri Kullas, with the talented 22-year-old racing the RM-Z250 in the Arenacross and Maxxis British Motocross MX2 championships in 2015.

Kullas is not a stranger to Suzuki; in 2012, he raced the RM-Z250 machine for the Rockstar Suzuki team before a knee injury put paid to his ambitions. In 2015, he intends to make an impact in the hotly contested British MX2 Championship by returning to the Suzuki fold with Heads & All Threads Suzuki.

“I’m very happy to sign with Heads & All Threads Suzuki; I’ve known Neil for a while and I know that he is an expert on bikes and running the team, and he is a good guy too,” said Kullas. “I rode for Rockstar Suzuki in 2012, and back then I liked the bike a lot! I’m looking forward to next year now because it’s a new challenge and it’ll give me new motivation. To ride in England I think will be interesting!”

Heads & All Threads Suzuki team manager, Neil Prince commented: “Despite not being able to realise his potential due to several injury-plagued seasons, we believe that Harri will be a great fit to the team, and together we can help him get back to where he was. He is a hard trainer with a strong work ethic and an overall nice guy, and having him based here in the United Kingdom with Graeme will be an added bonus.”

Heads & All Threads Group Managing Director Stuart Whitehouse added: “I am delighted that Harri Kullas will be joining the Heads & All Threads Suzuki team for 2015. Not only is Harri an unbelievably talented rider but having represented his country in the MX of Nations since 2008 and ridden in GPs since 2010, he is also incredibly experienced for a 22-year-old. An added advantage is that he rode for the Rockstar Suzuki team in 2012, so he is already familiar with the RM-Z250.

“Harri is currently training in California and the plan is for him to do the Arenacross series, the British Championship and a few GPs in MX2 as well as other UK series when dates allow. With Graeme Irwin in his second year on the RM-Z450 and Harri Kullas on the RM-Z250 under the management of Neil Prince I firmly believe we have assembled a team that can have a real shot at winning both classes in the 2015 British Championship – roll on next year!”