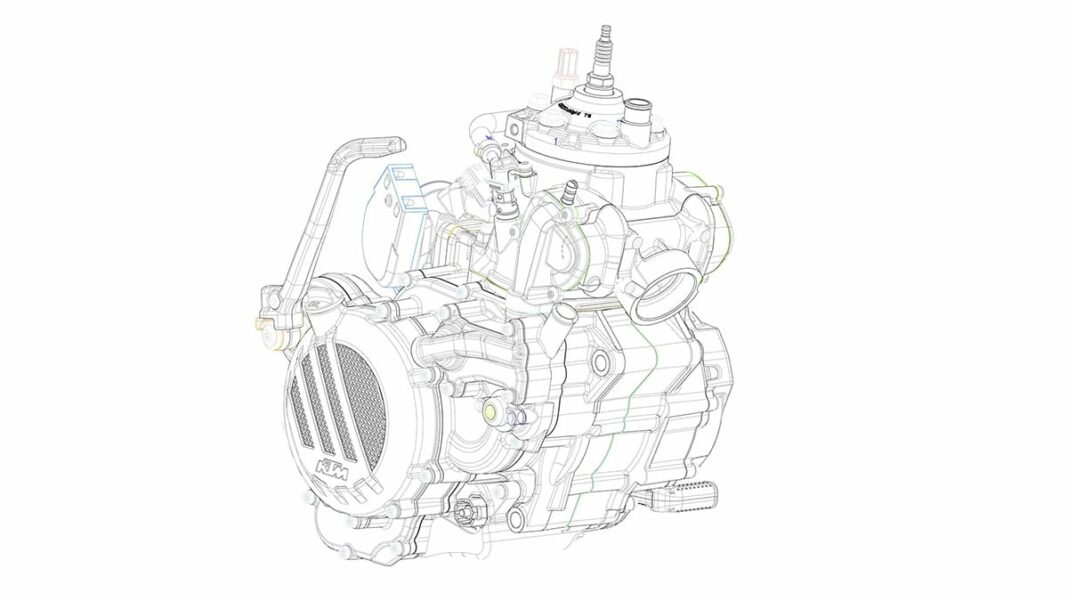 A new bike announcement from KTM has our editor smiling from ear to ear, with the news that KTM today, have officially announced new groundbreaking two-stroke fuel injection enduro machines.

You can check out the full press release below and you can be sure Dirt Bike Rider will get their grubby hands on them for ‘ridden, ragged and rated’ test in a future edition of the magazine.

KTM is pleased to mark a major global milestone by announcing that it will unveil the world’s first serial production fuel injection 2-stroke Enduro machines at an official launch this coming May. The KTM 250 EXC TPI and KTM 300 EXC TPI models will be introduced to the market as part of the model year 2018 line-up.

The Austrian manufacturer is well known for its revolutionary advancements in technology and now the game-changer is finally here, with 2-stroke fuel injection Enduro models being launched as part of the 2018 EXC range. With KTM’s unwavering commitment to being at the very forefront of off-road motorcycle sport, in which the orange brand has achieved many championship wins over the years, the latest, exciting development in technology has come to fruition.

It has been no secret that KTM’s Research and Development department in Mattighofen, Austria has been developing this technology, which offers considerable benefits over carburetted models including drastically reduced fuel consumption while also no-longer having the need to pre-mix fuel or alter the machines’ jetting. Not only that, the new 2-stroke TPI models offer a completely new experience in terms of power delivery and rideability, which once again demonstrates KTM’s commitment to its off-road roots, following on from the all-new generation of Enduro machines released last year. As market leaders in this segment, KTM believes the new 2-stroke fuel injection technology, known as TPI (Transfer Port Injection), is revolutionary. More information will be available during the international media launch, which begins on May 15, 2017.

“This is an incredibly exciting development for KTM. We have been developing 2-stroke fuel injection for some time, and our goal was to create competitive motorcycles with all the benefits of fuel injection, while fitting into our READY TO RACE mantra. There has been extensive testing and considerations for our Research and Development team to take into account during this process, so we are very motivated by this next step and world first in technology, as we take a major step forward in this segment. We are certainly looking forward to unveiling the new 2018 KTM 250 EXC TPI and KTM 300 EXC TPI machines in May. In Europe the bikes will arrive at the dealer floors in early summer. In the USA and Canada, the new 2018 KTM 250 XC-W TPI will be available in very limited quantities in late fall,” said Joachim Sauer, KTM Product Marketing Manager.