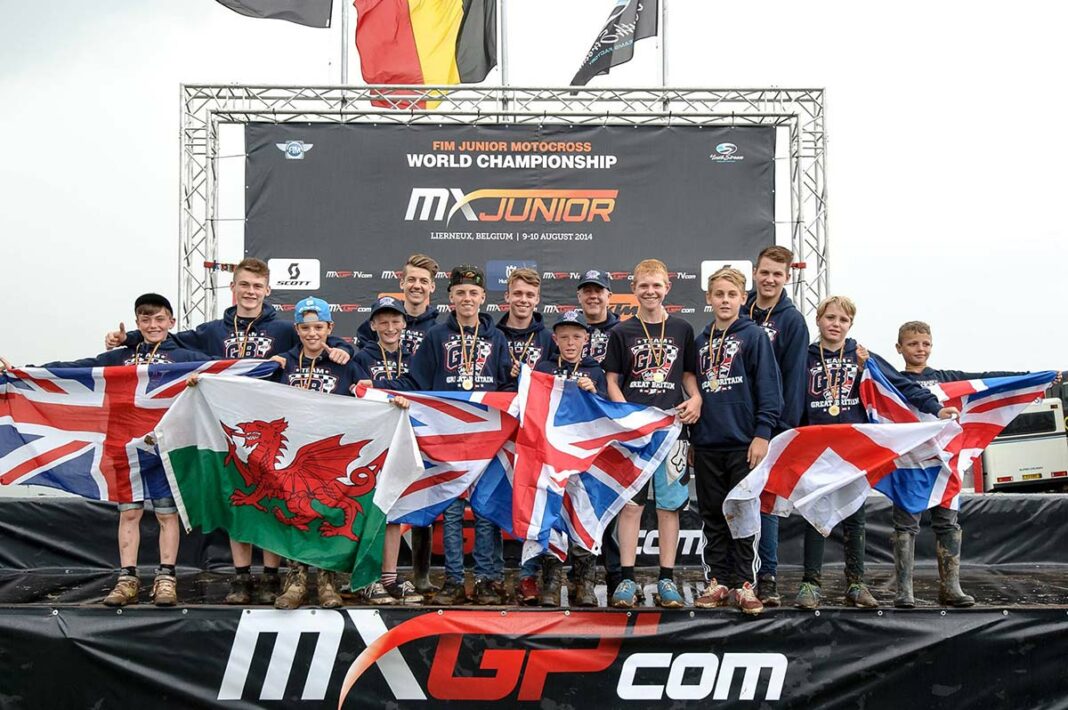 RHL Activities announced this week that it has agreed with the ACU to run this year’s Team GB at the FIM World Junior Motocross Championship.

The very best junior riders will gather in Estonia on July 30 to battle it out in a format similar to the Motocross of Nations.

The young riders will compete for individual and team results while gaining vital experience of the sport on the international stage.

Conrad Mewse is a British who benefited from the event, riding to victory in the 85cc class in 2013 and remains our last world motocross champion.

Mewse was picked up by the world MX2 Rockstar Energy Husqvarna outfit and raced alongside Max Anstie and then this year with Thomas Covington and Thomas Kjer-Olsen in the FIM World Motocross Championship.

This year’s event takes place at the Lange Motokeskus circuit, which is six kilometres from the city of Tartu in Estonia. The track is of sandy terrain and has previously played host to many national and international events including MXGP Training Academies, the Estonian Motocross Championship, the Superkauss Motocross Cup and now the World Junior Motocross Championship. “It’s a fantastic opportunity for RHL to be asked to run the British ACU FIM World Junior Motocross team for this year’s event in Estonia,” said ACU Team GB Team Manager, Gareth Hockey, “especially as many of the riders selected for this year’s team – like in previous years – are riders who are competing in the Thor British Youth National Championship, so we know them well.

“It makes us very proud that many of our [BYN] riders will race for their country, and also to have the opportunity to play a wider role in supporting the future stars of the sport as they race at international level in their respective junior classes representing Great Britain.

“It’s incredibly important for the development of the UK’s future motocross professionals, and a prestigious position for us to be in.

“The RHL team and I are already working on plans for the future, but we are really looking forward to this year’s event.”