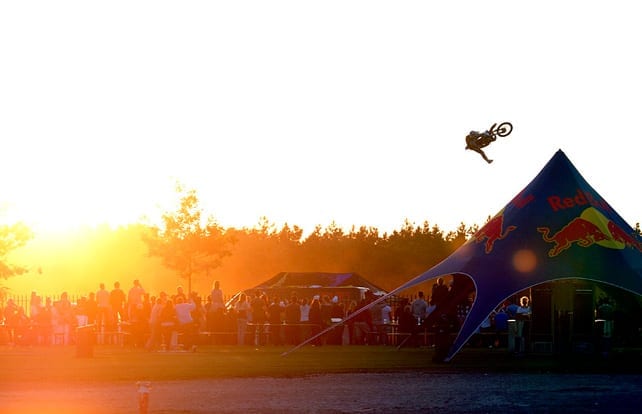 It’s full speed ahead for round two of the Red Bull Pro Nationals at Weston-super-Mare on May 18-19 and as part of e22 sport’s pre-event promotions they’re taking over the resort’s Princess Royal Square on May 5 for an afternoon and evening of Freestyle Motocross mayhem!

Chris Birch, Dave Wiggins, Jamie Squibb, Dan Whitby and Arran Powley will all be in action as e22 put on three free shows in the centre of Weston, giving residents and visitors a May Bank Holiday Weekend taster of the high-adrenaline show they’ll be bringing later in the month.

The shows kick off at High Noon followed by a 2pm demo and then a floodlit finale at 9pm. There will be signing sessions after each show and plenty of chances to win family tickets for the Red Bull Pro Nationals weekend.

“This is going to be so rad,” reckons Dan. “Jumping in front of a big audience is what it’s all about and pretty much what me and the guys live for. Potentially we could have thousands of people watching at Weston and signing off under floodlights is just the icing on the cake.”