Home News Motocross Glenn Coldenhoff on the mend but still unlikely to race on European... 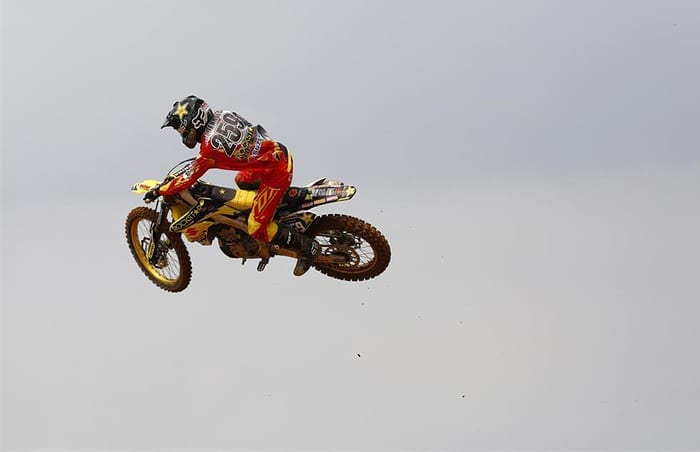 The Dutchman needed an operation to repair an exterior lateral ligament as well reparation of a medial compression fracture (area in between the knee bones) less than three weeks ago.

“The bone is healing well and the movement around the joint is good,” the German says. “He had very decent surgery on the injury and now looks like he can come back in a great way and with no complications.”

Coldenhoff posted three podium finishes in the first four rounds on the factory RM-Z250 before the training accident only three days prior to his home Grand Prix at Valkenswaard at the beginning of the month.

It is expected that he will be off the bike for another two and a half months at least but could still make a return for the final few MX2 events before he has to jump into MXGP for 2015.

“We don’t want to set a date yet because it is a little early and we don’t want to put any pressure,” Ramsbacher said of Coldenhoff’s remaining 2014 plans. “I think we will know more around the time of the Italian or German Grands Prix but with Lommel [heavy sand in Belgium] as the last European date it makes sense that Glenn won’t be back until the final two meetings and the flyaways.”