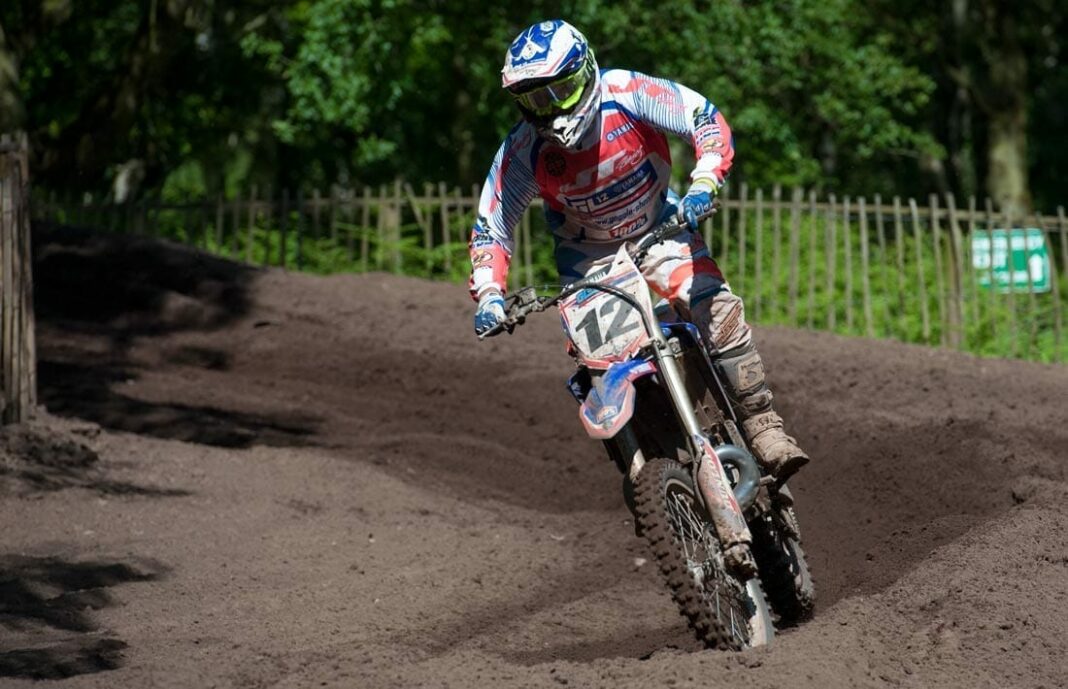 EMX300 pilot Lewis Gregory will make his debut appearance at the 33rd edition in the Adult Solo class. He’ll be up against the best riders the UK has to offer including defending champion Shaun Simpson.

Brian Wheeler, fresh from his Vets MXdN team victory will be the second GL12 rider and he’ll be defending his 2014 Adult Over 40 Solo crown.

Both Lewis and Brian will be riding GL12 Yamaha big bore smokers so two-stroke fans at Weston will be loving that come October 9-11.

“Wheeler always ends the season at Weston,” said team boss Bob Buchanan. “For a 47-year-old his fitness and desire are an example to those thinking of giving up. #812 was a top vet last year and has had another great winning season.”

On Lewis Gregory, Bob said: “#912 – it’s a 12 thing – is a Weston virgin but he’s a great sand rider and it will also be a definitive test as to Lewis’ fitness ahead of preparation for next year’s Euro [EMX300] campaign.”