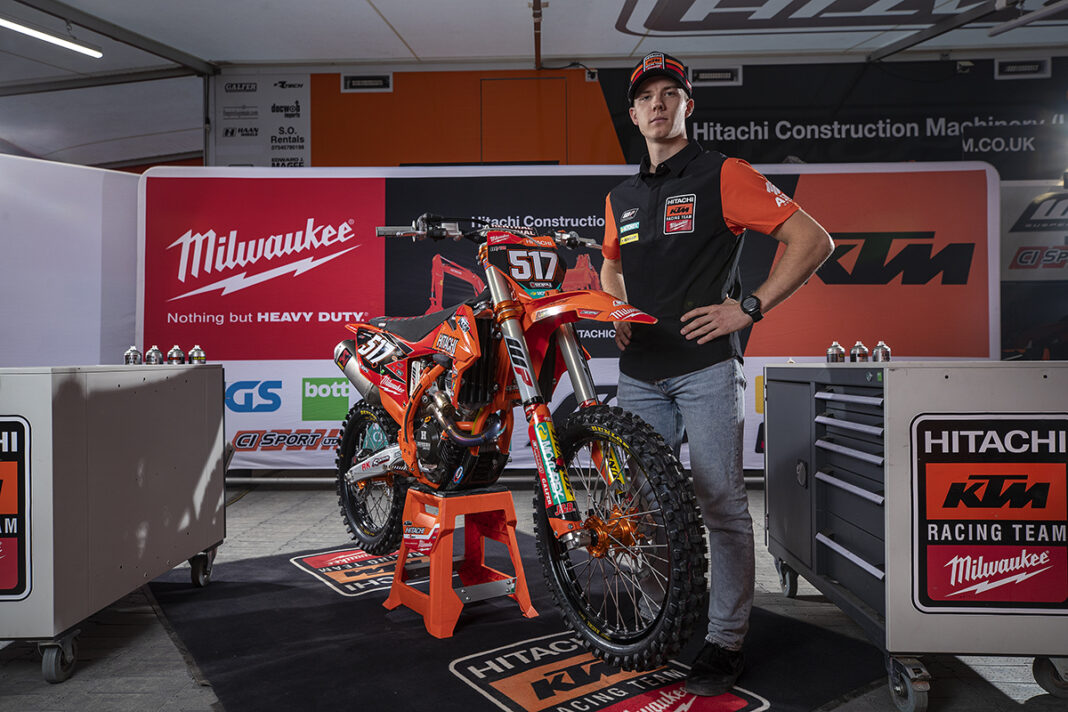 Hitachi KTM Fuelled by Milwaukee have announced the signing of Isak Gifting with a two year contract, alongside Conrad Mewse for the 2022 MXGP and British Championship season.

Gifting made his MX2 debut halfway through the 2020 FIM Motocross World Championship and was quick to impress. It took him just seven rounds to break into the top three, taking a career best finish of second in moto two at the Grand Prix of Lommel. Various injuries and issues hindered him during his first full Grand Prix campaign, but he still finished in thirteenth in the championship standings and took third in a moto at the Grand Prix of Trentino. Hitachi KTM fuelled by Milwaukee are excited to help him unlock his potential.

As the Hitachi KTM fuelled by Milwaukee squad look forward to a successful campaign, both at home and abroad, and will share more news regarding plans for the future in the coming weeks.

“I am very excited to start working with Hitachi KTM fuelled by Milwaukee,’ explained Gifting. “I think it is an amazing group of people and the material is going to be great as well. The whole team is very competitive. I think that we are going to be able to do great things in the FIM Motocross World Championship and it is going to be nice to do the ACU British Championship as well. Hopefully we can take the win there!”

“I am extremely excited to welcome Isak Gifting to Hitachi KTM fuelled by Milwaukee,’ said Team Manager Bryan Connolly. “Immediately after speaking to Isak for the first time, I knew that he would fit in well beneath our awning and that we would be able to help him achieve his potential. 2022 is looking very bright for the team.”

Team owner Roger Magee, also said “The team’s extremely pleased to have signed yet another very competitive rider for 2022/23 in the MX2 class with Isak Gifting, who has shown real promise this year with some outstanding rides at world championship level. Pre-season testing with Isak will commence shortly to ensure that he has got a really competitive package that allows him to compete at the very highest level.”