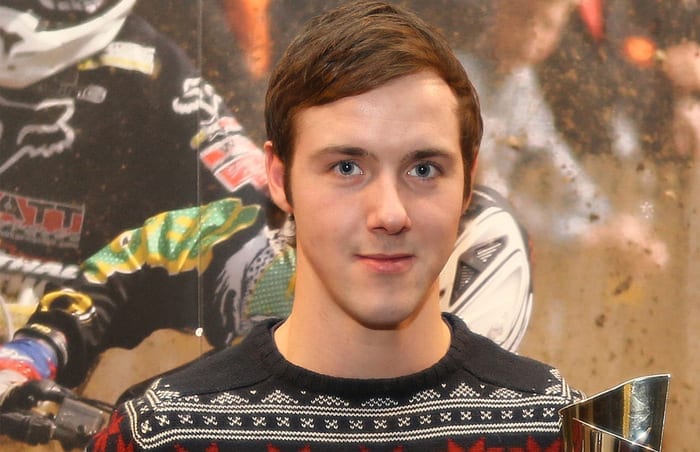 Heads & All Threads Suzuki has this evening announced their final signing for the 2015 season, with Ulsterman Gary Gibson riding the RM-Z250 alongside Harri Kullas in the Maxxis British Motocross Championship.

The 26-year-old rider from Ballygowan in the south-east of Northern Ireland has multiple Irish and one Ulster Motocross Championship title to his name and has also represented Ireland at the Motocross of Nations in 2013. He is very familiar with Suzuki machinery, having raced the larger capacity RM-Z450 for the last three seasons. By basing himself near the team’s workshop and by switching to the lighter machine, Gibson intends to be a force to be reckoned with in his second full year on the British mainland.

Gary Gibson: “I’m over the moon to be getting the chance to ride for the main Suzuki team in Britain. I’ve been testing the RM-Z250 this year and I’ve got good speed on it, so I’m switching to the 250 for 2015. I’m already getting excited about getting ready for next year.”

Heads & All Threads Suzuki team manager Neil Prince commented: “We’re very pleased to have Gary on the team for 2015. He’s a hard worker who has the skills and the commitment to do very well in the MX2 class. With Graeme in the MX1 class and Gary and Harri in the MX2, I believe we’ll be a force to be reckoned with in the British championship.”

Heads & All Threads Group Managing Director Stuart Whitehouse added: “I am delighted that Gary will be joining the team next year. He is a very talented rider whom both Neil and myself believe will do well in the MX2 class. He has a strong work ethic and will be a great asset to the team in 2015.”