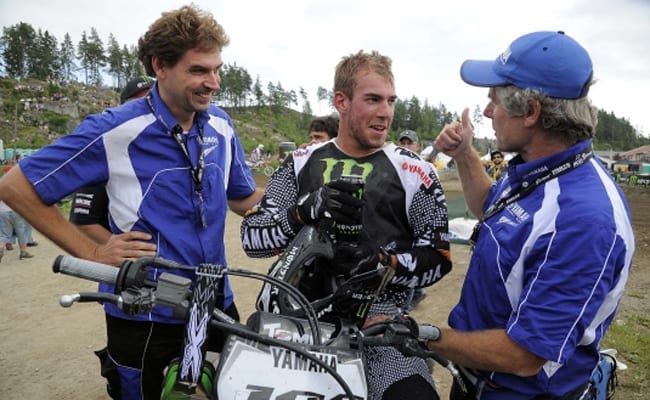 Monster Energy Yamaha have gone through a whirlwind of emotions in the last 24 hours with the maiden MX1 GP victory of Gautier Paulin in the GP of Italy yesterday and the news that Steven Frossard has finished his first season in the MX1 division with an excellent second position on the YZ450FM.

Unfortunately, Frossard underwent a scan on his chest today and the air bubble in his lungs that caused an infection and forced the Frenchman to sit out the final meeting of the season at Fermo is still present.

The 24-year-old winner of 2011 French and Swedish GPs was advised that to compete this weekend would pose a health risk and therefore has to withdraw from representing his country in the MX1 class of the 65th Motocross des Nations on home soil at St Jean D’Angely.

Monster Energy Yamaha will still count on the talents of Paulin for France but Frossard’s withdrawal is a major blow for what had been a very fancied French side.