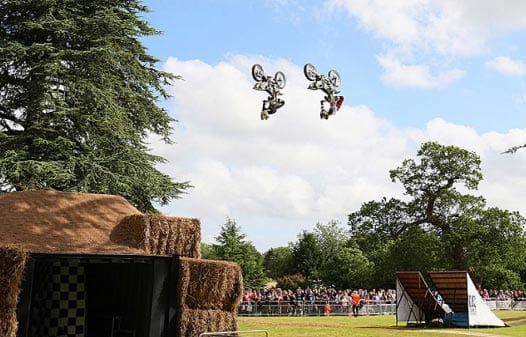 Freestyle Motocross will be heading to historic Goodwood Park near Chichester, West Sussex, next month for the annual Festival of Speed (July 11-14).

The Festival of Speed is a potent cocktail of cars, stars and motorsport legends, brought together for a four-day celebration of all things petrol-powered. An estimated 185,000-plus visitors are expected to flock to the Goodwood grounds this year where, nestled among the manicured lawns, they’ll find the GAS Arena. GAS made its Festival of Speed debut in 2011 when it was an instant hit. The concept is a simple one – take amazing action sports, hand-pick some of the most accomplished riders on the planet and put them together in one purpose-built arena sculpted out of more than 7,000 tonnes of soil. The result is a spectacle that rivals even the historic hillclimb the Festival is built around.