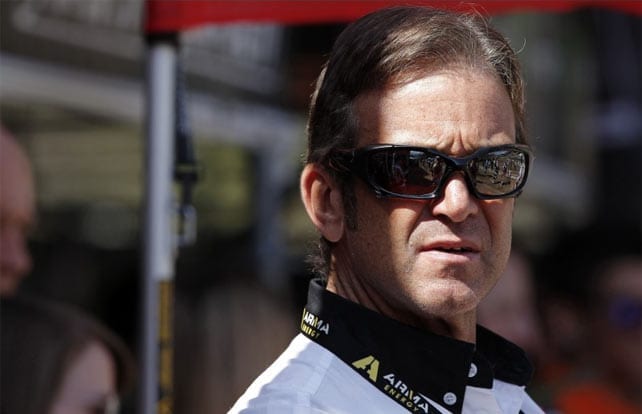 Giacomo Gariboldi is an experienced businessman that’s developed his team, Gariboldi Honda, from a national series’ outfit, to one of the seriously respected squads in the World Motocross paddock.

With a focus on the MX2 machine and support from Honda, this season has not got off to the expected start with signing Harri Kullas, but Giacomo is determined to keep expanding his team and here he talks about his history, the team and his plans for the future…

Where does your passion for motocross stem from?

“I’m passionate because I started riding motocross when I was very young and it was my first passion in life. Then I had almost 15 years away from the sport, as I didn’t have time to follow it with University and work taking priority. I then came back into the motocross sport around 10 years ago. I wanted to ride myself a little bit and then I started to follow some riders, so I decided at that point in 2004 to start a small team in Italy to help young Italian riders to grow.

Tell us about your family business…

“It’s a publishing business that started 100 years ago in 1914 and we publish art productions such as museum art and home decoration, or posters. We do printing, but we create a catalogue of images and we don’t print for others. We distribute worldwide.”

We hear you’ve got an interest in race horses… Is that true?

“Yes. My Grandfather was passionate about horses and I started riding very young, just before motocross, and I have always kept that passion. Around 25-years ago I bred my first horse, a Thoroughbred, and now I keep horses in training in England and Ireland, as well as breeding and selling horses at sales.”

Wow you’re a very busy man! You are known in motocross for improving young riders such as Aleksandr Tonkov; why do you think that is?

“I think most young riders are not in good teams with good people and good bikes. So when they get to a good team, they give 110% of what they can give, so you can see the improvement. What I’ve noticed is that in the first year there’s a big improvement, and then the following year it is less, because then they are more used to what they have. In the first year they put everything in for the results, and this is why, for example, with (Christophe) Charlier we took him in the European championship when he was nobody and he was winning, as well as beating Herlings in 2009. We had (Harri) Kullas in the European championship and he also finished ninth in the World Championship in 2011. We’ve had many young riders improving with us. I like working with young riders more than the experienced guys.”

This year Harri Kullas came back to the team and he isn’t really producing the expected results. Can you tell us what the situation is?

“After stopping with Tonkov at the end of last year, as his personal sponsor planned to take him to America, we knew we had to find someone else. There weren’t many options and we decided to work back with Harri as we knew him, and we know he’s a serious rider. So far it hasn’t worked for many reasons, but mainly after he was injured in the Italian championship, he came back in the first GP’s and wasn’t 100% in his mind. Now he is struggling to find a solution. It’s something he has to find himself.”

Tell us about your Russian rider (Competing in some Grand Prix races and the European championship) “Vsevelod Brylyakov is a rider we noticed last year in the European championship. He finished 10th despite missing a couple of races and in my opinion he is the type of rider that could improve quite fast. We didn’t know his limits, but he didn’t have a good team behind him. I believe he needs a couple of years to build, but we will end up with a nice rider.”

David Philippaerts is racing for you in MX1 and as a former World Champion; is the goal with him to help your younger riders?

“Yes this was the aim in the beginning with David. To have a top rider like him helping our younger riders to grow up and improve. We know that he is training every week with Brylyakov, who has been learning and copying everything of David’s training. It really helps to have this experience on the team.”

Your relationship with Honda has grown over the last few years, can you tell us more about that?

“In the first year we didn’t have any support, which we knew, but I wanted to change brands for a fresh start. We aimed to find a manufacturer that would eventually be interested in focusing on us for MX2 support, but we knew we had to prove ourselves. Honda was the only real possibility for us and at the end of the last year we had the good news of some support for this season, which I hope we can improve for the future.”

The Gariboldi Honda has developed a lot in the last 12 months, what exactly makes this a good bike?

“Last year we struggled to get what we needed out of the bike for racing, but in the US you see the Honda beating everything, so we knew we could get to that point in Europe. We had no experience, and we made some mistakes, but we’ve learned a lot and this year the bike is good. We believe we have a strong, competitive bike and one of the things all of the riders have said about the CRF250R is that it’s a very easy bike. When they ride it for the first time they feel that it’s easy in comparison to the other bikes, and the chassis is very good. If we can improve our race engine a little more, we will have a fantastic package. As we’ve seen though, it’s possible to have a very good bike, but unless the rider is performing well, it’s not possible to see the capabilities of the machine. What we need in future is to step up with the riders we have and try to get on the podium.”