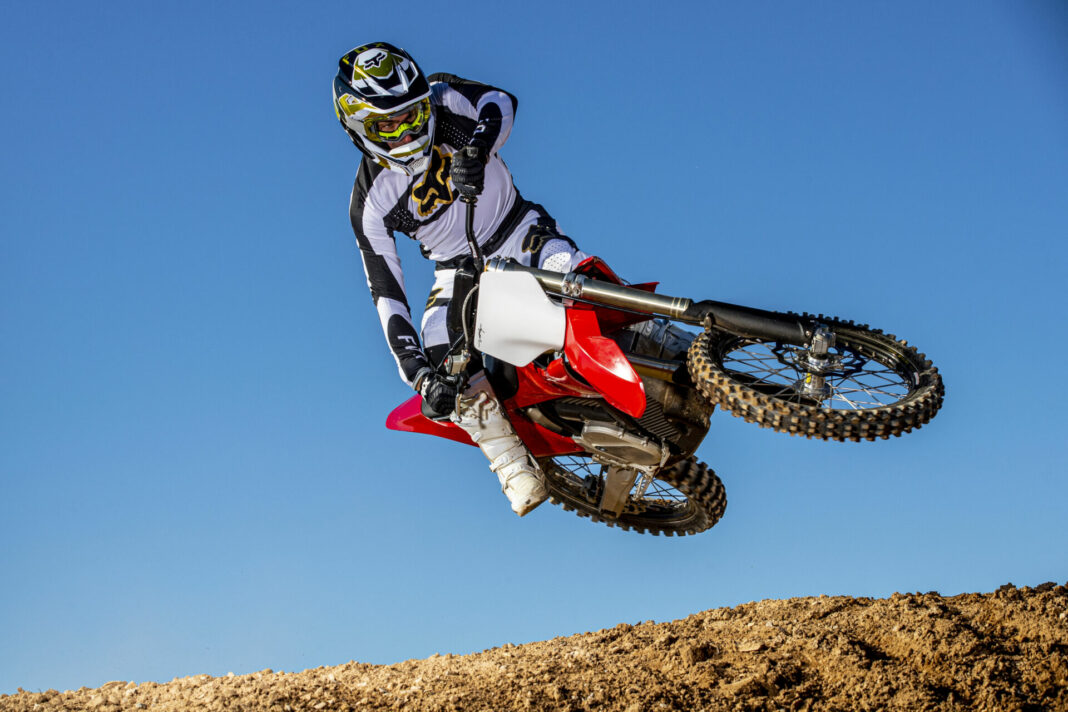 As the impact of the new Stark electric motocrosser works its way across the globe, we sat down with test rider and two-time world champion Sebastien Tortelli and poked him with some questions…

DBR: What what were your thoughts when you were approached to do this? ‘Oh no, it’s another electric motorbike’?

“My first thing was a physical reaction. I know that the future is a matter of time, you know, and the second thing was, I know what is on the market, because I rode a bike in the past and I spent also time a little bit with Alta before they went down.”

“So when Anton approached me and he says, ‘You know, I want to build the motocross bike’, and my first reaction was, I would agree to join the company if it’s a real motorcycle. I’m a motocross guy and I’m not gonna go for halfway across and I know the project is not a group perspective.”

“So when I was asked about the project and that was basically what I saw was, and I’m like, I think it’s gonna be a big surprise, and we’re gonna see what comes up.”

DBR: Did you have you have input on every part of the bike from from the beginning or have you have you waited for the guys to design and build a prototype and then you go and say, we know we need to change this, this and this…

“It’s been a process you know, the first was to get the bike on drawings, finalise it and get the first situation of the plastics and then figure out what is comfortable for rider and not comfortable.”

“We’ve been working on together to solve the issues and everybody put their input into the company and then into the what is the best suited bike frame for the motorcycle. So, we work all together from the design point of view trying that out on the tracks and then the powertrain duration and progress through the engines and and all the technical costs at the same time.”

“So it’s not just here is a finished product. It was a progression from the whole team from the beginning all the way through.”

DBR: Did you in terms of things like suspension, have a recommendation or did you did you just go with Kayaba from the beginning?

“I think we will agree that that’s where we’re going to go and you know, that’s that was the best product that we had up there. So that’s fine.”

“People don’t realise it, but they will realise when they try it, but the power is a huge difference. Yeah. And you have to get used to it because it is different in a way. It’s when you switch from the 450 to the two-stroke or you feel like okay, you know, it’s great, it’s awesome.”

“Do the switch back and forth to see really, that’s what it is, and it’s much better than I was expecting, but the bike is so easy to ride at the same time that you don’t really realise.”

“When you ride it is so nimble and so easy that you don’t feel the weight, when you’re riding you feel like it’s a lighter bike.”

DBR: Will you be back to competition in the first couple of years of the bike or will you strictly stay testing?

It’s possible for a few races to introduce the bike. I’m still pretty active and I can still ride pretty fast. I think there is a lot of fun to have, so you know a couple of races here and there would be possible.”