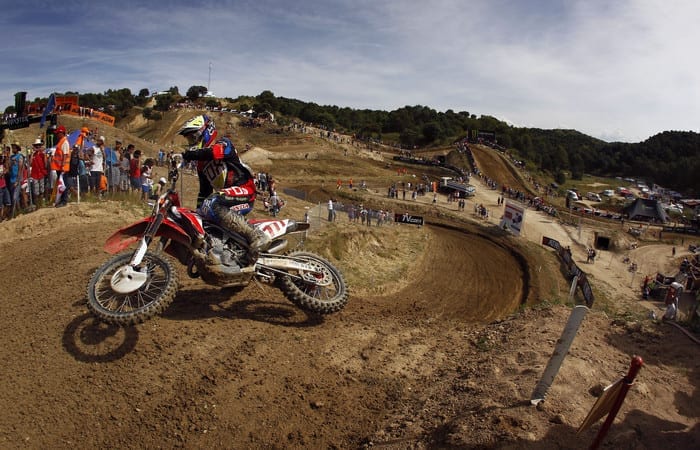 We’re told that despite Team HRC following the prescribed procedure and complying with all the appropriate guidelines for foreign travel, Evgeny Bobryshev will be forced to miss the MXGP of Great Britain as he has not been issued with a visa.

Bobryshev had received online confirmation that his visa application had been processed on 6 May having applied through the Embassy in the Netherlands. Yet despite sustained efforts for dialogue by Team HRC and by Bobryshev and his management, at this point in time the Russian’s visa has still not been granted.

All efforts have been made by Team HRC and Bobryshev to understand the delay and what action can be taken with the embassies, foreign consulates and relevant visa services in the UK and in Europe, but to no avail.

“Being granted such a visa is nothing new for us and we have gone through the process successfully many times before and we followed the same procedure this time. It is difficult to understand why this time is different, especially as in early May Bobby was told his application had been processed. I want to apologise to the Honda and motocross fans in the UK and across the world for the circumstances outside of our control that mean Bobby has been forced to miss the MXGP this weekend.”