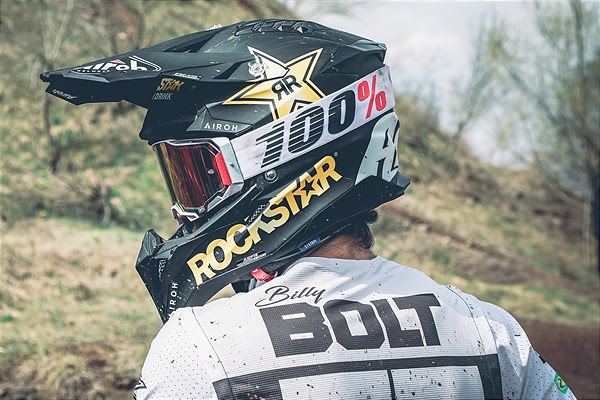 Billy Bolt and Colton Haaker are set to represent Rockstar Energy Husqvarna Factory Racing at this weekend’s opening round of the 2022 FIM SuperEnduro World Championship.

The two former champions will form a strong Anglo-American line-up as they fight for the coveted indoor enduro title during the scheduled five-round series.

With the 2021 championship cancelled due to the global pandemic, SuperEnduro fires back into life for 2022 with five rounds, held in four different countries. Opening in Poland tomorrow, December 4, the series then travels to Israel in January, Hungary in early February, before closing in Germany in March with back-to-back events.

Winner of the last SuperEnduro championship to be held, in 2020, Billy Bolt comes into the 2022 SuperEnduro series just weeks after clinching the FIM Hard Enduro World Championship title and will undoubtedly be one of the main riders to beat on the tight and intense indoor tracks. On form throughout 2021, Bolt has shown incredible pace and skill, especially on terrains that suit his explosive style. Switching to the FE 350 4-stroke for SuperEnduro, the Brit is fired up to stamp his mark on the series.

Also looking for success is reigning AMA Endurocross Champion Colton Haaker. Riding as teammate to Bolt on his return to European action, the three-time world champion wrapped up the 2021 American championship just over one month ago, and is not only on form, but also fully dialled in to the unpredictable nature of indoor enduro. Haaker’s last FIM title came back in 2019, when he beat all comers in a championship that went down to the very last moto. Now, the American star is back in Europe and looking to ruffle some feathers.

“I’m really looking forward to getting back to some SuperEnduro racing’ said Bolt. it seems like ages since we raced the series. As soon as things calmed down after winning the Hard Enduro World Championship, I jumped back on my FE 350 and have been training on that ever since.”

“I felt at home on it straight away to be honest, it suits my style and size. We have had a few SuperEnduro style races this year – namely at Lagares and TKO, but nothing is quite the same intensity as a proper SuperEnduro event. I think the competition is going to be tough – there are a lot of guys who could really mix things up, not least Colton who is coming over from America to race again. It’s going to be tough, but I’m really looking forward to racing in Poland. I’ll give it my best and hopefully come out of the event somewhere near the top.”

“I’m really excited to be coming back to Europe for SuperEnduro.’ explained Haaker. Over the last couple of years Covid has put a dampener on things, so now I’ve got a chance to come back and race, I had to go for it. The team really wanted to get the fastest competitors together and try to make the racing as good as it could be. The ideal situation for the sport is to get the best U.S. riders together with the best European riders, all in one series. It’s the best things for the fans, and the best thing for us as riders to grow the sport as a whole. It’s been a really good year for me so far – in America we’re lucky that we’ve been able to run the indoor series for the past two years and I’ve been able to stay top dog. I’m looking forward to facing the same sort of competition in Europe, and I think there are maybe seven or eight guys there that have the ability to win, so it’s definitely going to be a tough championship. I’m looking forward to the challenge – there are going to be some good battles and it’s going to be a whole lot of fun.”

Jonny Walker back on form at Budapest SuperEnduro