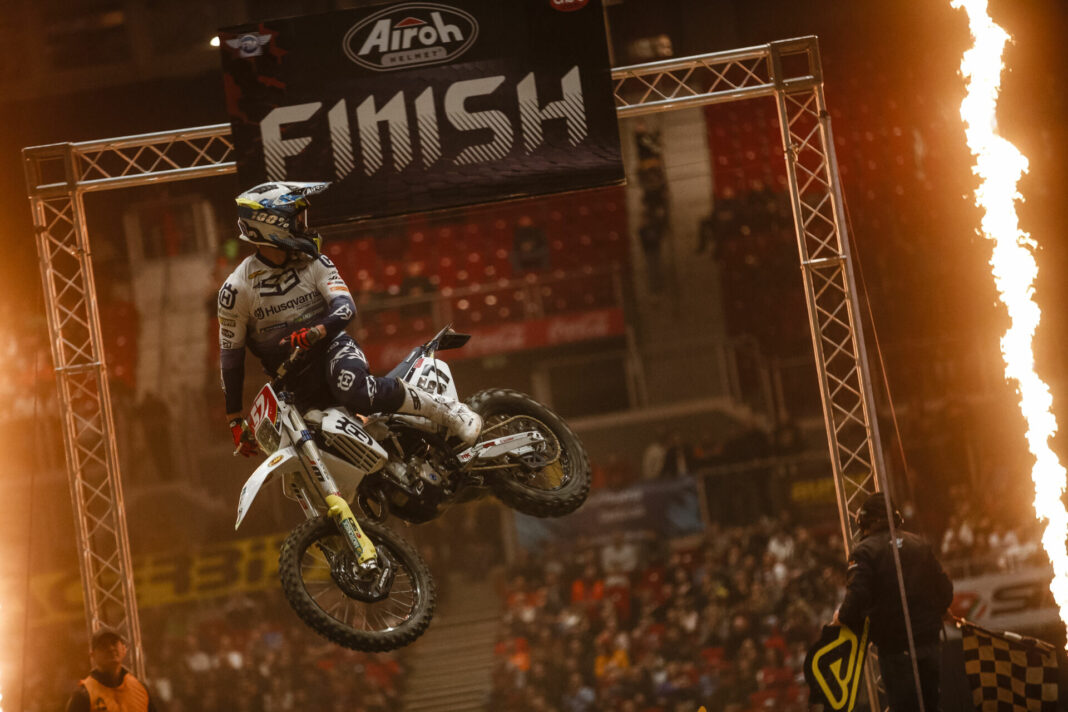 The night started off perfectly for Bolt, with the British racer continuing his unbeatable run of form to comfortably qualify fastest and take the SuperPole honours by over one second, earning himself three valuable championship points in the process. After a measured start in race one, Billy deftly picked his way through the course to take the lead with around three minutes to go. A small error while navigating a log section was just enough for him to lose his position, and with time running out it ultimately lead to Bolt settling for second.

“It was a super difficult night, but I’m pleased to come away with another win and extend my lead in the championship. The track was really tight, and with not much traction it was easy to get arm pump and then make mistakes. Qualifying and SuperPole went well, but then in race one I struggled to find my rhythm and got caught up a few times. Race two went much better, and then race three was near enough perfect – I was able to manage my pace once I got to the front and held on to take the win and the overall.”