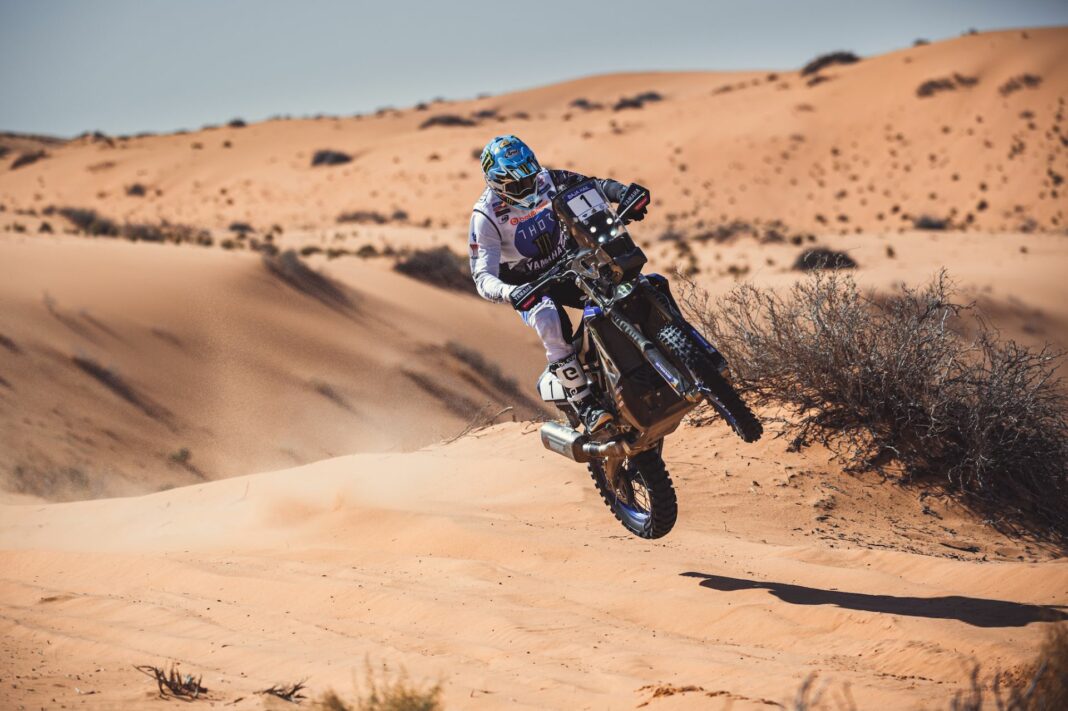 The event’s challenging terrain and technical navigation provided one last chance for Van Beveren to finalise the set-up of his Yamaha WR450F Rally ahead of the big one which begins next month.

With a race format similar to the opening Hail Baja, the second edition of the event again comprised of two stages, with a slightly shorter overall distance of 491km. Opening the stage on day one, Van Beveren quickly put his navigational skills to work.

With the stage set entirely in the demanding sand dunes surrounding the town of Baqaa, he accurately navigated his way through each checkpoint, going on to complete the stage to finish a healthy 31-minutes ahead of the second placed finisher.

Stage two provided Adrien with much different desert conditions. Faced with the rockiest stage of the Hail Rally, it was a welcome challenge for the Frenchman to navigate through slow, technical sections aboard the Yamaha WR450F Rally. Remaining composed throughout and following another untroubled ride, Van Beveren reached the finish line unscathed to successfully complete his final race ahead of the Dakar Rally in January.

Now, with just over two weeks to go until the start of the 2021 Dakar Rally, Adrien will enjoy a short period of recovery before gearing up again to take on the challenge that lies ahead.

“It’s been a really great trip to these two races in Hail. It was a big effort to get here, so I’m thankful to the team that we were able to make it happen,” said Van Beveren.

“My feeling on the bike is really good and I felt great in the desert. The second stage had very high speeds and I was completely comfortable, so this gives me a lot of confidence ahead of Dakar. I will now take some rest for a week before getting ready for the big race in January.”