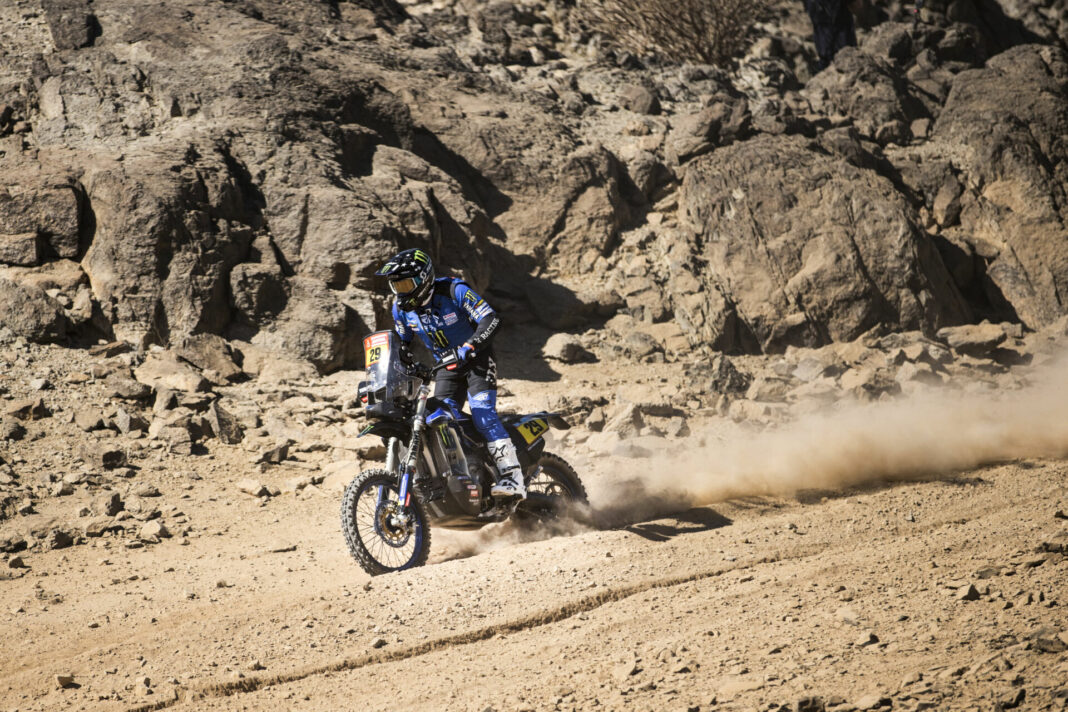 As the 12th rider to enter the short, fast, and relatively straightforward 287-kilometre special, the American was able to make positive progress and advance further up the overall leaderboard. With three stages to go, Andrew now lies 10th in the provisional standings. Adrien Van Beveren once again posted a strong, consistent result to record the ninth fastest time and remains firmly in contention for the overall rally lead, sitting in third place and just under four minutes behind the current pacesetter.

Completing the high-speed special as the sixth fastest rider, Andrew Short delivered another strong stage finish at this year’s Dakar. With little to separate the riders over the easy-to-navigate terrain, the 39-year-old nevertheless gave his best effort and was rewarded with a return to 10th overall in the provisional classification at the conclusion of stage nine.

For Adrien Van Beveren, a controlled ride through the fast stage nine special saw the Frenchman record the ninth fastest time. Such was the simplicity of the stage, Adrien completed the timed special just over five minutes behind the winner. Remaining third in the provisional standings, the Yamaha WR450F Rally mounted rider now looks forward to the final three stages.

Successfully completing another Dakar Rally stage, Camelia Liparoti continues her battle for a place inside the overall top 10 in the Light Prototype class. Now ninth in the provisional classification, the Yamaha YXR1000R driver aims to post three strong results through the final days of the event to ensure a solid overall finish.

“The day was good. It was a really fast, which I wasn’t expecting. I expected more navigation, but it wasn’t the case. Everything was ok though, nothing special today. Just a solid pace and another good result. I’m really in the fight now but I will continue with the same mindset, take things day by day and focus on one stage at a time. I’m feeling good and my bike is running perfectly, so I’ll be giving my very best effort over the final three days.”

“Today was a really fast stage and it flowed well with a lot of sweeping turns. There was also a small section of massive dunes, which were cool with some nice jumps in there too. So, it was a big change from yesterday, which was nice as that one was long and tough. Today was pretty short, and pretty quick, and even though I had a good result I didn’t make up too much time unfortunately. It’s still tight with times around the top 10 so hopefully through the next three days I can keep doing what I’m doing and break away from the battle a little bit.”